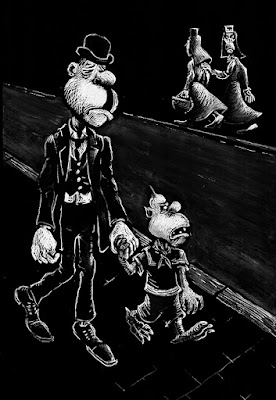 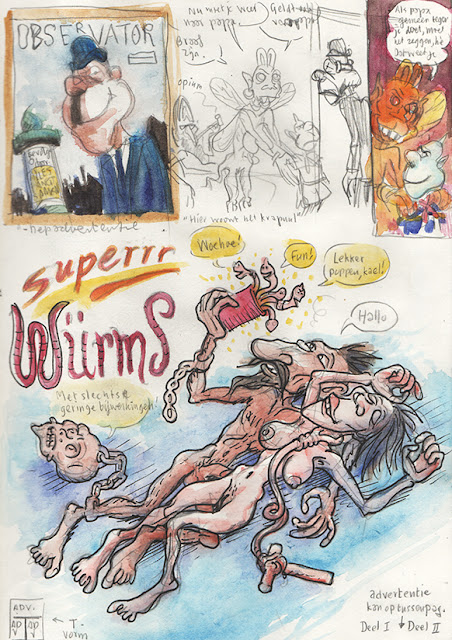 From my sketchbooks. One of the ideas floating around is an afrodisiac called Wurms, with hardly any side effects.
Posted by Marcel Ruijters at 1/15/2022 01:10:00 AM No comments: 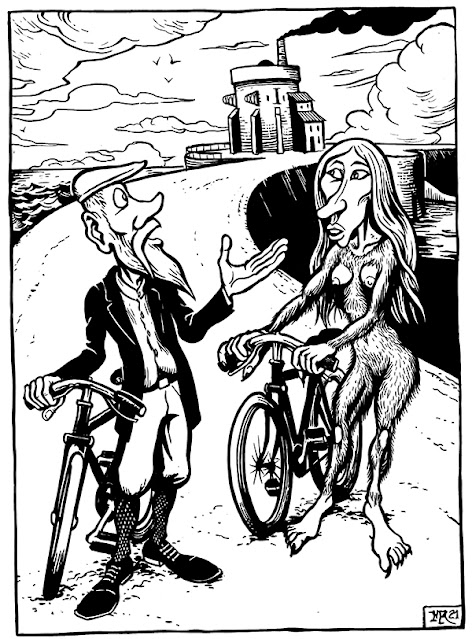 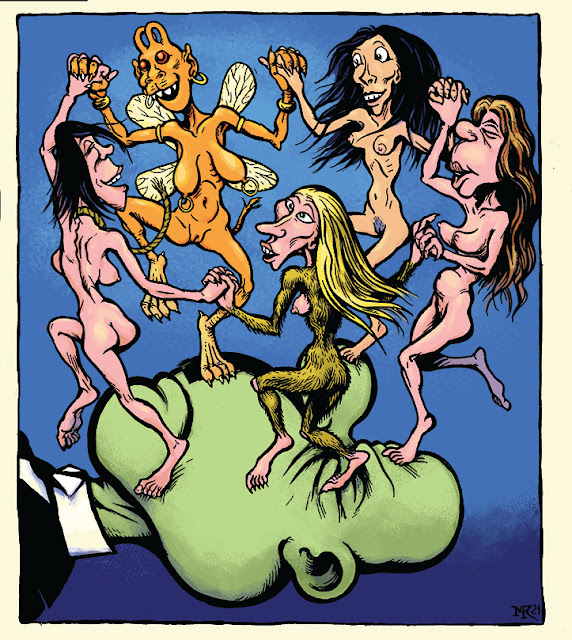 Cyril Strapatsky is a character with women issues. Here he is having a bad dream. This is done after Matisse obviously. (NOT a personal favorite)
Posted by Marcel Ruijters at 12/03/2021 12:34:00 AM No comments: 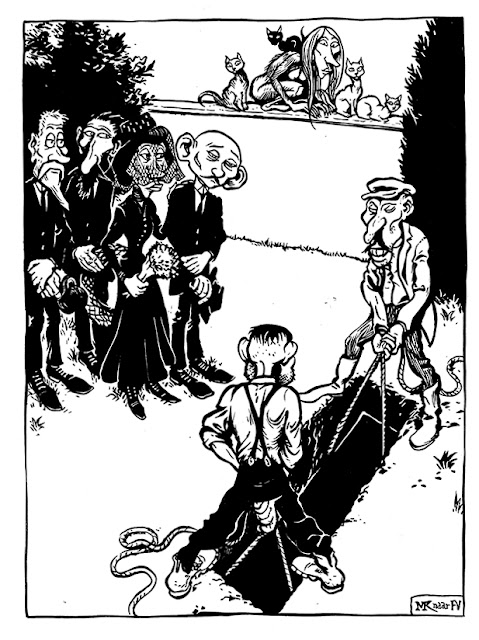 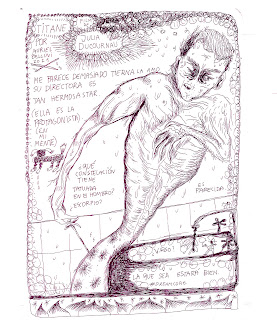 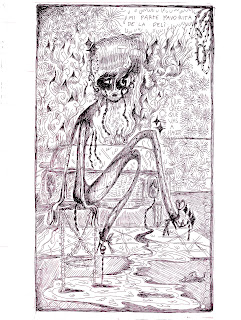 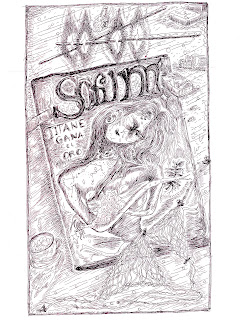 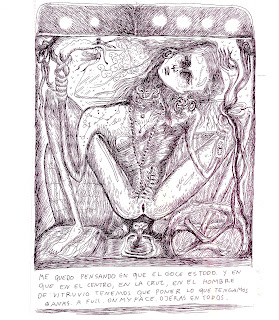 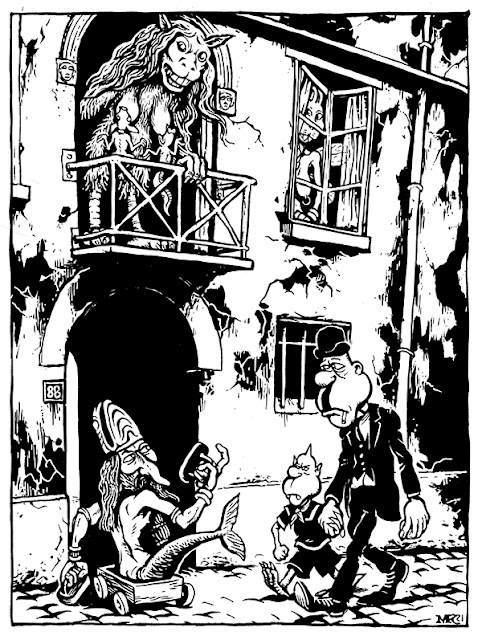 88 Rue Mouffetard, Paris, was the address of Hans Bellmer and Unica Zuern for 20 years. Both are fascinating artists, albeit not as well-known as other Surrealists. I used a photo of it as reference. It was a rather dilapitated hotel, which was torn down some time in the 1970s.