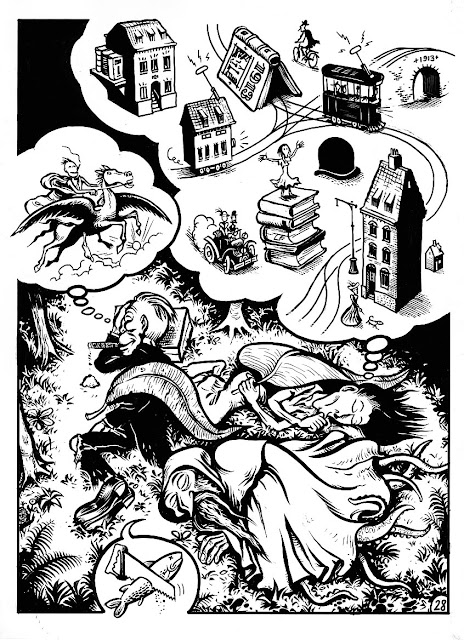 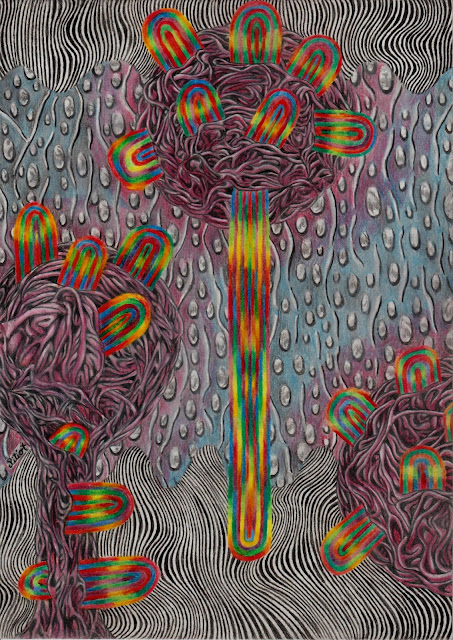 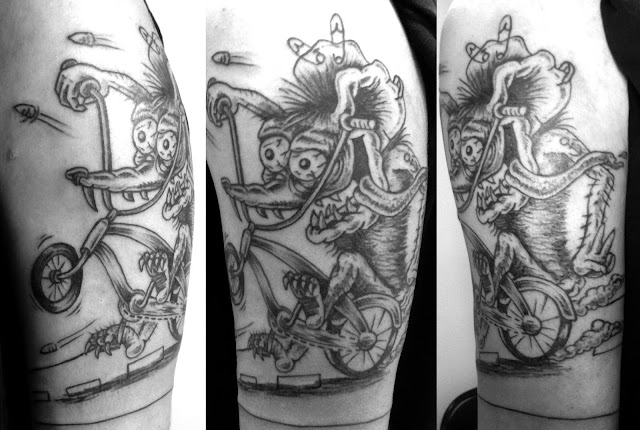 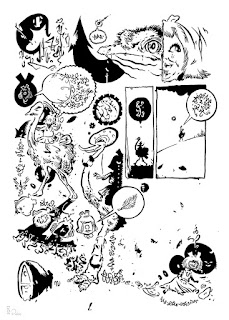 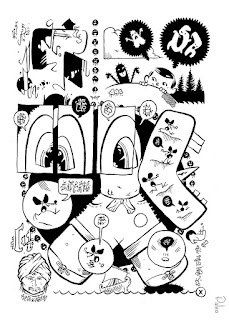 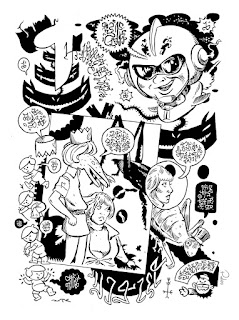 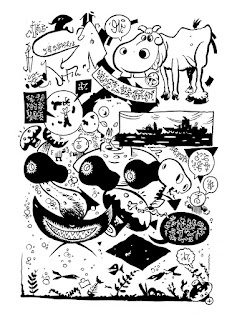 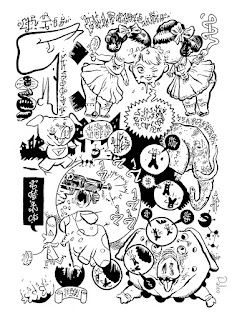 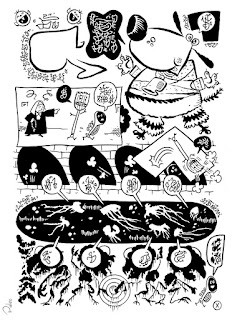 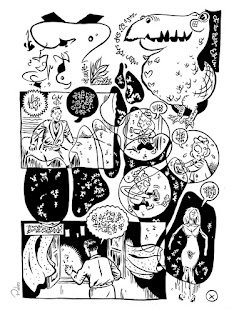 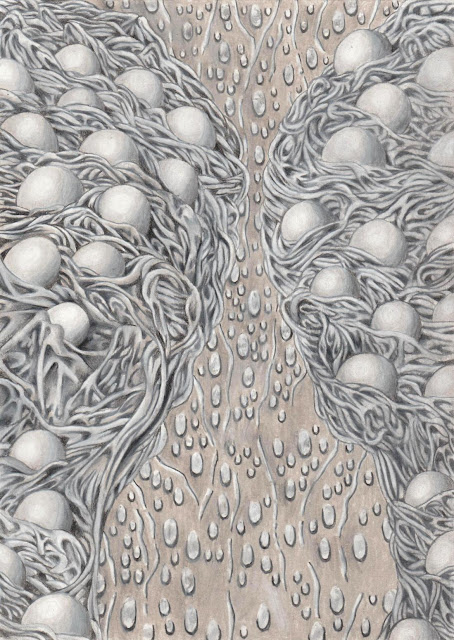 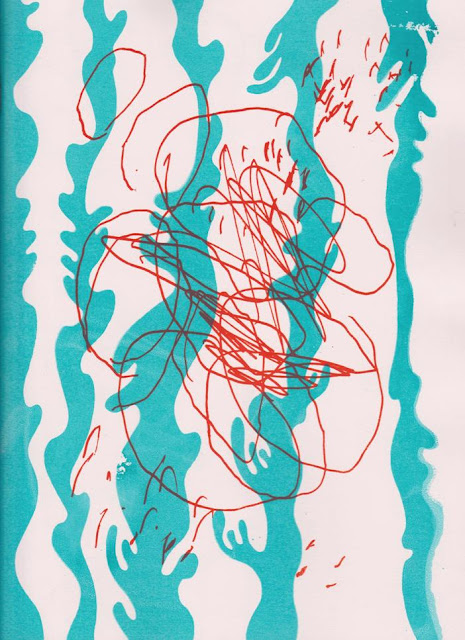 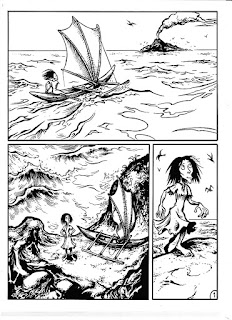 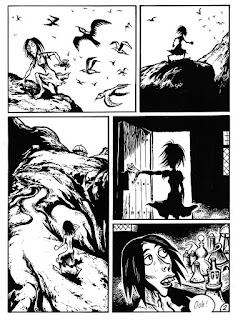 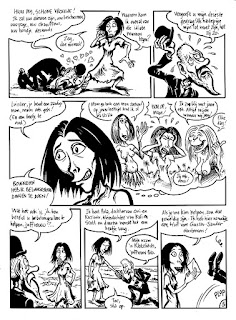 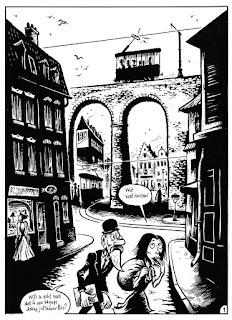 Last few months i have been working on a sequel to The 9th Island. Pola, the plucky granddaughter of the protagonists of that book, has grown up and goes into the world, looking for love. Things don't go as planned. In fact, the story has as many weird twists and turns as i could think of. For instance, she will discover the mainland, where the clock has been put back to the year 1913.

For a long time, i have been thinking of doing a story that takes place in that world - men with curly mustaches and bowler hats - but was hesitant to do so, as Jacques Tardi has put so much of his mark on that era that anything you'd do, looks like a knock-off. I guess i am no longer affraid. 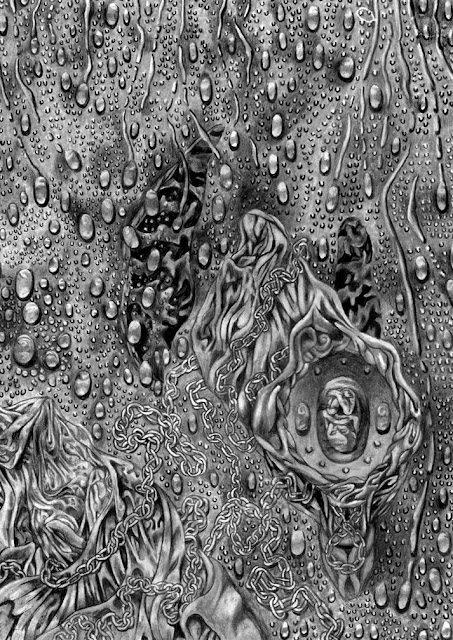 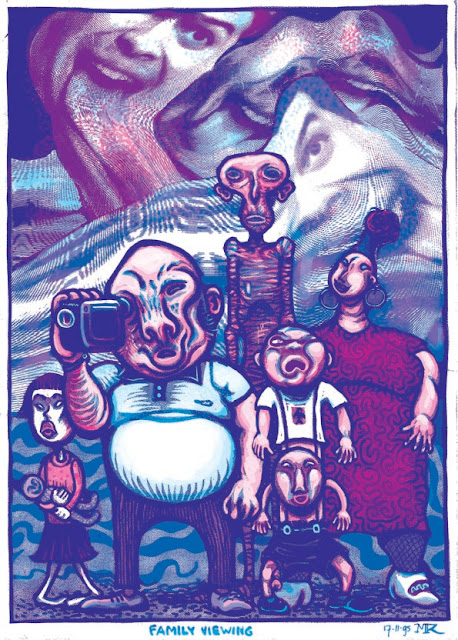 Yet an other oldie, redone in duotone for riso print. It's interesting what happens with the adding and erasing of colour this way. The title probably refers for the film by Atom Egoyan of the same name (1987), but it is a bit long ago. Originally used for my self-produced anthology Thank god it's Ugly, issue 3, when i was really into experimenting with warped moire effects.