The neighborhood i live in in Eugene, Oregon is its first & only "cool" neighborhood. BIG QUOTATION MARKS, but it's cool for Eugene, Oregon. Anyhow, some of the people who make it cool (& some of the people who make it not cool) put on a big Block Party every year & this year i got roped into doing a bunch of art for it, including the map for the guide which is tied into a local mag Boozeweek. Here are my alternate covers. Center part of the skate deck tryptych from the sketches I uploaded yesterday. 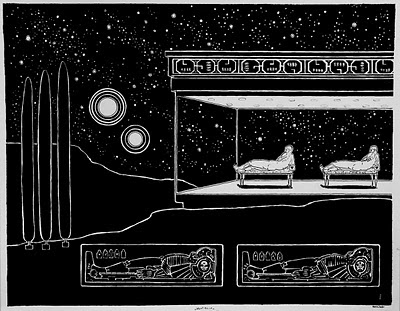 This is the first in an upcoming group of inks. What inspired this series is night-time driving through suburbia of NJ that we would pass on our way to Conn. The industrial parks and the corporate pavilions. I find those places very strange. I always imagined they are self-enclosed worlds filled with strangeness and strange rituals. Or that there is some sort of alien task force, building some machine. Truly I was also inspired by the "laziness" of suburbia. Somehow, I find all that connecting to a slow degenerative collapse of our civilization.
Posted by Unknown at 7/24/2010 07:39:00 PM 1 comment:

Starting to work on some skate deck designs. 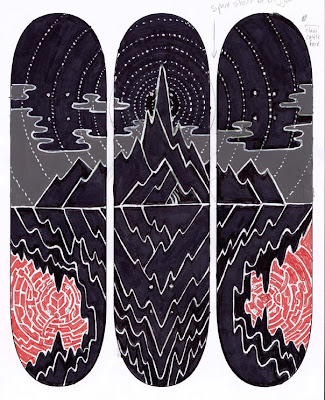 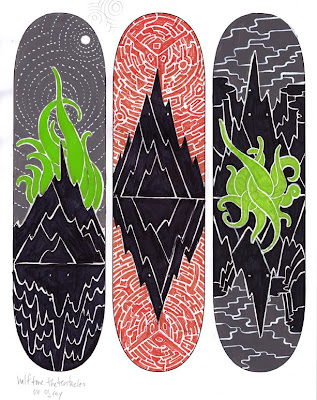 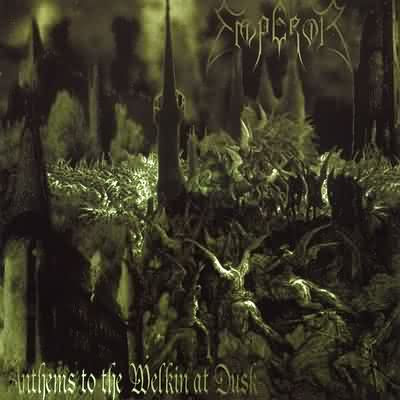 I listened to Emperor's Anthems To Welkin At Dusk in Febuary and it was the first time I've loved a metal album as much as one of my favorite dreampop albums( I only own less than 30 metal albums so far, I'm still a beginner really). I had already been blown away by In The Nightside Eclipse a year before but this really moved me incredibly, I have never heard a group of people this unbelievably ALIVE before.

But I ended up turning it up louder and louder on my headphones, so it was the loudest I'd ever heard anything till the drumming really beat the shit out of my ears, but I was enjoying way to much to turn it down, enjoying it so much I'd even call it a highlight in lifetime this far. Inspired me incredibly, made dreams come true of images I have always longed for. And on that pulverising volume I listened to it twice in a row and I got Tinnitus from it.

I have a relatively light case of Tinnitus, but it was difficult to accept for the first few months, but I can ignore it fairly well now. But I'm just warning you that it can happen easier than you think, I mostly listen to soft music, only 10% of my listening is extreme music and I never thought this could happen to me. Hey guys, sorry about the lack of posts from my end lately. I've still been working on a lot of stuff, I just haven't really had anything that's been worth posting as of yet. I've been trying to work out a sort of new way of inking my stuff strictly black and white stuff, so that's where a lot of my efforts have been going lately. I've been getting together a lot of things for a HUGE comic project I'm going to be working on soon too, so I'll have some stuff to post for that soon (when I'm satisfied with what I have)
Here's a new T shirt that I did for Milwaukee based band Enabler. 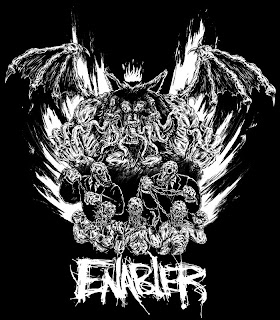 This is kind of more along the lines of how I'm going to start inking my b&w stuff from now on. It's too terribly different than how I used to do it, it's mostly just a change in technique and tools, which I think makes things look sharper and more interesting.

And here's an image that I did that was used for a flier for the 3rd Annual Punk Island NYC Metal Stage. 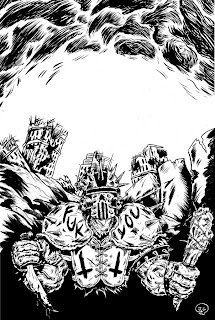 Again, nothing mind-blowingly different than what I usually do, but I feel the difference is noticeable enough. Also, this is image is VERY related to the comic I'm working on, but more on that later...
Posted by Jimmy Giegerich at 7/18/2010 08:54:00 AM 3 comments:

RAMM ELL ZEE is one of the few artists who i am completely in awe of. He's beyond human to me, fully realized, whatever. Extra-human. As far as i can tell he was a NYC original generation hip hop dude who became inhabitated by interdimensional beings. 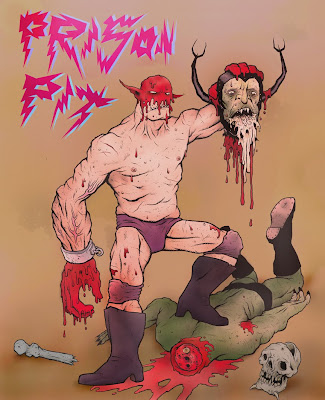 You might remember me years ago talking about the great gothic suffocatingly atmospheric band Lycia, who I look up to immensely and I want some of their power for my own art. They have just released their first album since 2003. Sadly it is only on MP3 and it is called FIFTH SUN.

Here is a cover Xasthur did of the band... 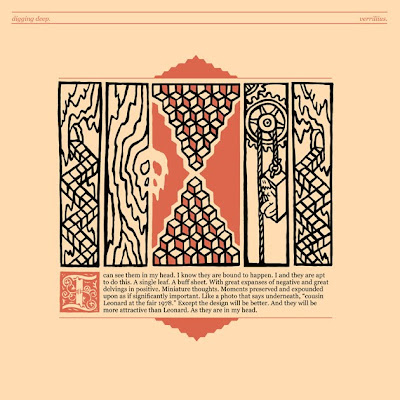 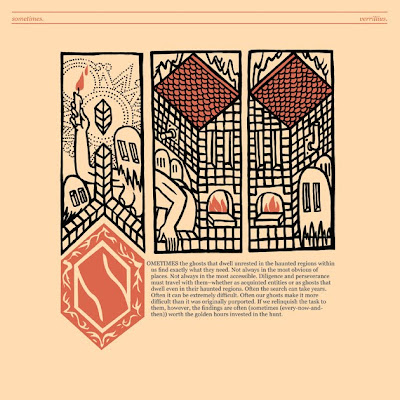 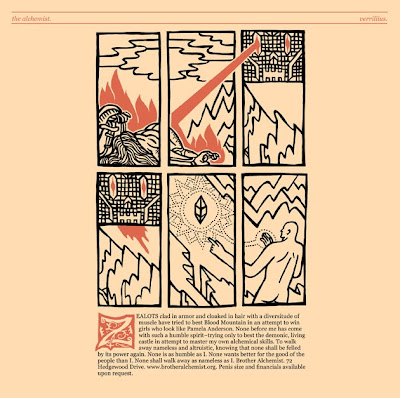 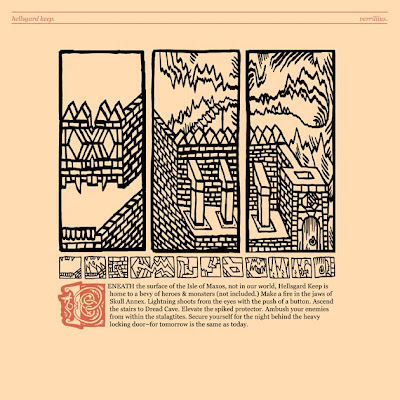