another penwork on 24x32cm
i did this one for a silkscreen project dealed by Albert Foolmoon
question is who feed who, i suspect the worm spreading digestiv stuff onto his victims
also, normally light comes from a phosphorescent stick on his head, but actually it look like a background moon 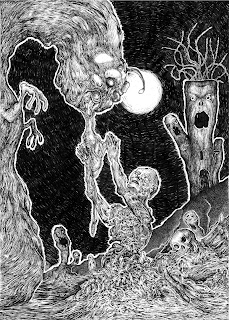 I'VE BEEN OBSESSING OVER HOW TO USE CERTAIN JAPANESE CONCEPTS BUT MAKE THEM MY OWN WITHOUT LOSING EITHER THING. I THINK I FIGURED IT OUT. 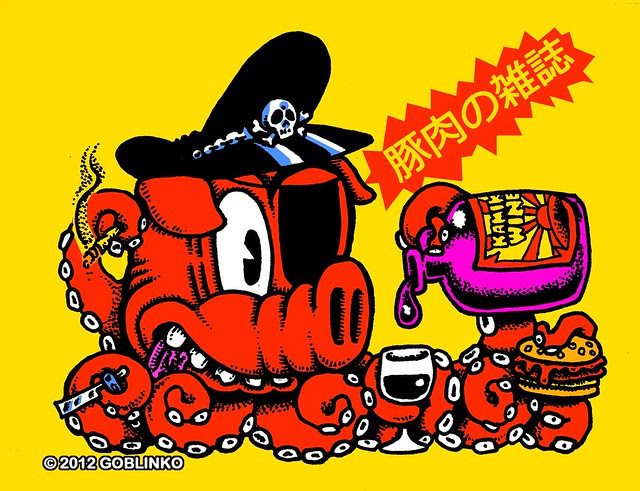 I ACTUALLY FOUND A PICTURE OF A TANUKI STATUE THAT HAD BEEN GIVEN A PIG FACE IN FRONT OF A RAMEN JOIN IN TOKYO. I FELT LIKE THIS WAS A SIGN FROM THE
GODS. 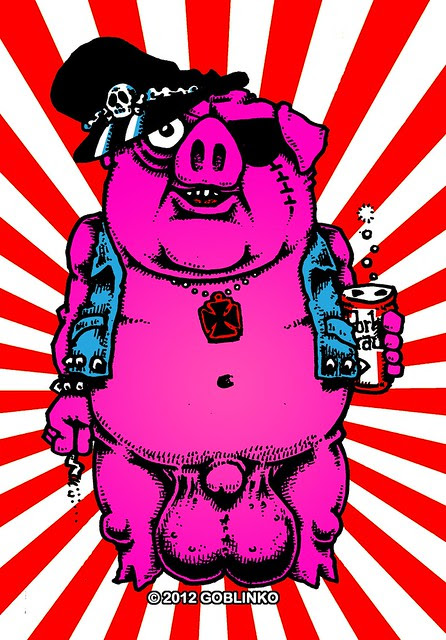 Pretty much self-explanatory. The current climate of mass insanity in Europe gave me the urge to do this quick drawing.
Posted by Unknown at 6/24/2012 03:39:00 AM 12 comments: More mouth-partying from me. This one looks a bit more Romanesque than the usual. In fact I owe the inspiration to Alkbazz, who had told me about finding information somewhere about a Romanesque timpane that was deemed so pornographic*) by a later generation, that it was removed and buried, like it were the work of the Devil himself. Unfortunately, he did not have a photo of the thing for me. So that is where you have to imagine it yourself. Which is actually great.

In the early Middle Ages, most people were illiterate, so the church had to picture the sins it was warning against. Prudery happened much, much later.

*) Alkbazz: I've got bestiality, necrophila, buggery, cannibalism and coprophilia. Did I leave anything out? 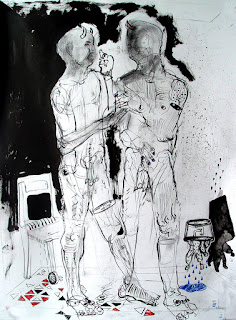 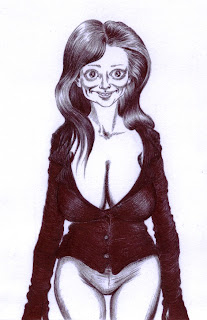 I drew this one year and a half ago. Not so sure of it. 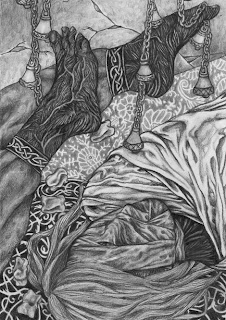 A sketchbook cover (#41) after a follower of Jheronimus Bosch. Apparently, dentists tended to have Mr. Punch-like features in those days.
Posted by Marcel Ruijters at 6/15/2012 05:37:00 AM 1 comment:

FOR SELF EDGE DENIM

I JUST KNOCKED THIS OUT FOR SELF EDGE DENIM. IT'S THE BACK PAGE AD FOR THE NEXT ISSUE OF PORK. 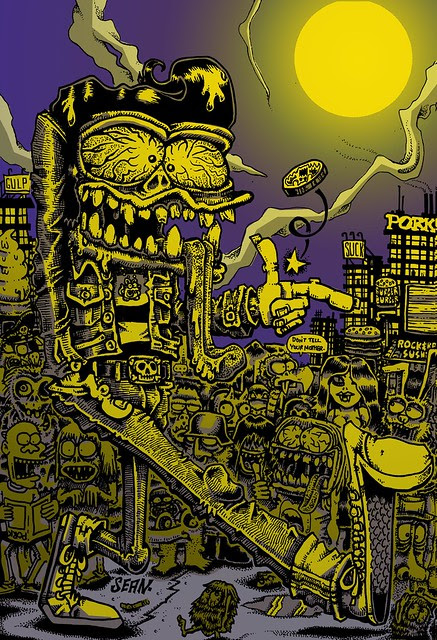 Party in my Mouth CMYK 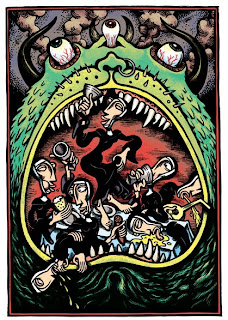 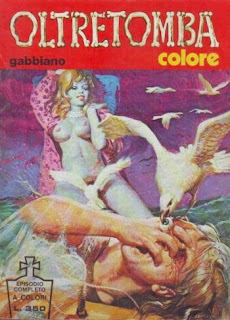 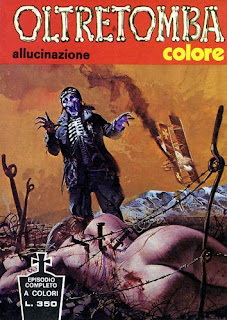 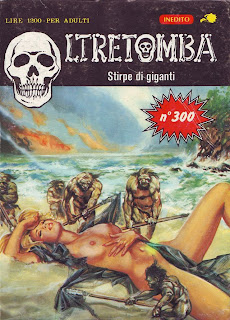 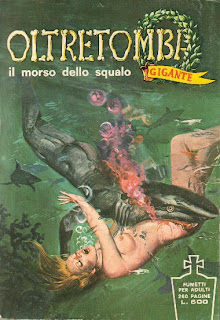 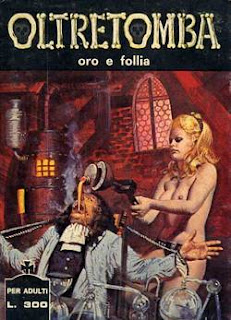 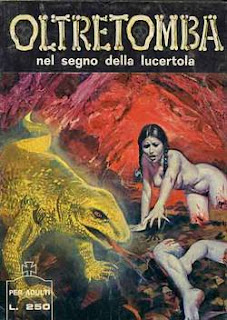 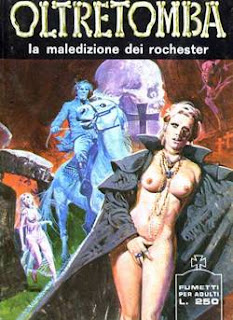 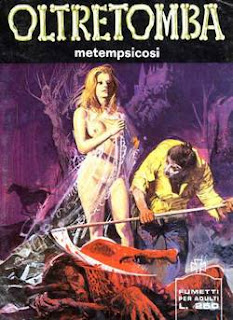 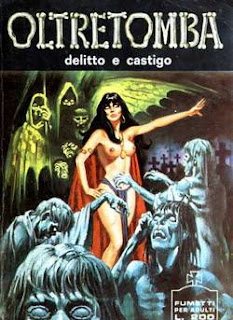 Party in my mouth 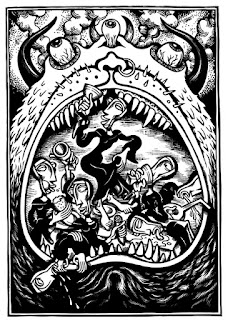 This will be a banner of 5 meters wide and about 7 high, for the BUT film festival which will take place in September in the centre of Breda, Holland. (Hello Fufu!) The theme of the festival is "the apocalyps". Of course, I will add colour, as I was told it won't make a difference, financially.
The title of this piece is "There is a party in my mouth and everybody is throwing up",  a line that I swiped from Futurama. Does anyone know proper Latin? My guess is that it would translate as : Epularum in boccam meam est et omni vomitent. But I am not sure, I never had Latin at school. I just dabble with it.

I did my first print alone with our material, simple 3 colors without superposition
I prepare the Crack! festival in Roma (21-24 of june) 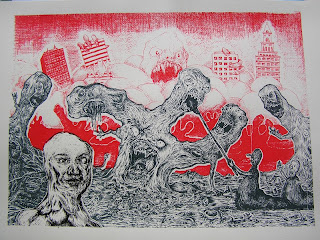 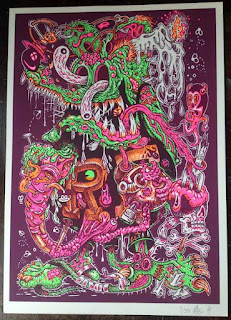 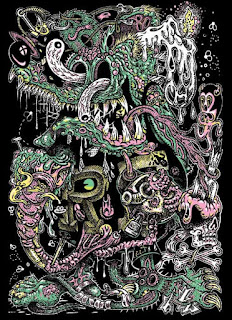 RatFink screenprint
Collaboration with crippaXXXalmqvist,
screenprint is pictured above and below
is a computer version.