They hang pigs, don't they? 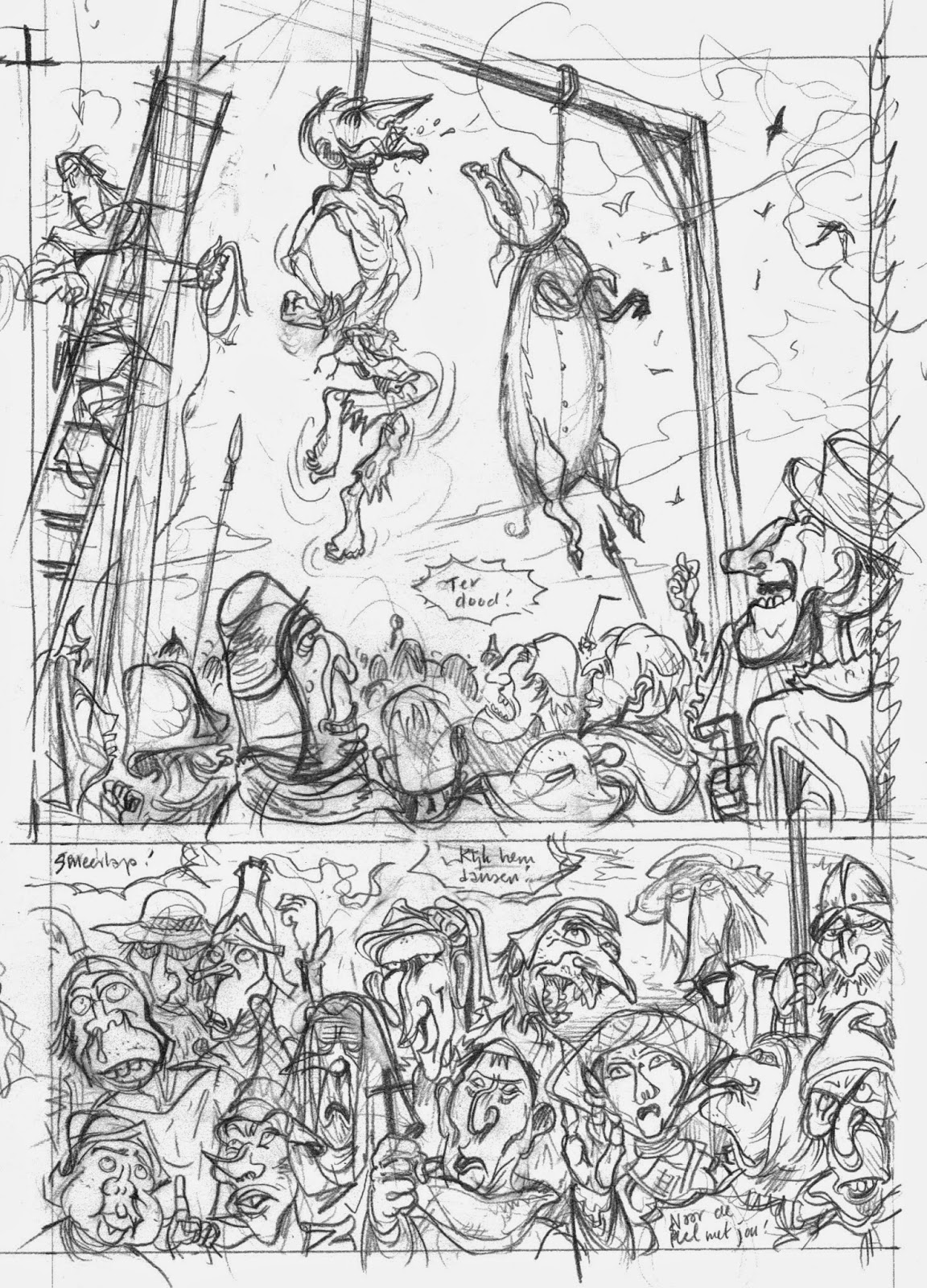 Another public execution scene from my book about Jheronimus Bosch. Animals would be hanged in medieval times, for al kinds of antropocentric reasons. It goes back to the book of Leviticus. (arguably the most bloodthirsty, psychopathic part from the bible)
In one source Bosch was described as the Elias Canetti of his time, observer of irate crowds. That was one of the best things i read about him.
Posted by Marcel Ruijters at 8/28/2014 06:28:00 AM 3 comments: 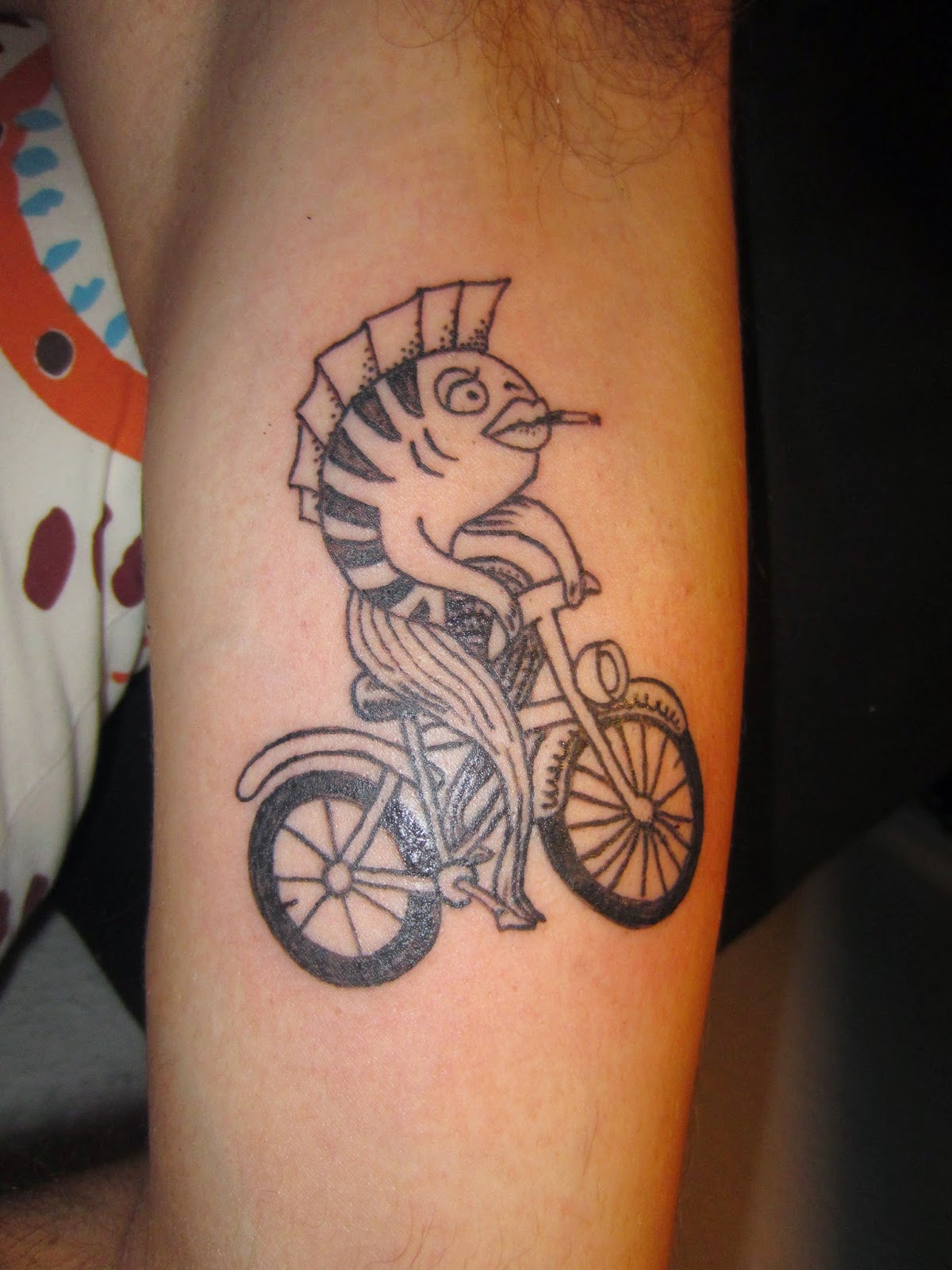 Hey everyone, sorry for the long absense.
Stuff has happened in the meantime, locations have changed, drawings have been drawn.

As some of you know I've moved to Portland, Oregon with my family a few months ago, which means I share one territory with Sean now... although, the place has been so thouroughly overtaken by him and his PORKfaced goblin hordes, raping and pillaging everywhere, I mostly stay safely hidden in my basement apartment, scribbling away on various projects, only daring to leave home during dusk and dawn.
As usual, I've been doing the odd RPG illustrations here and there, some in black and white...

illustrations for "The Islands of Purple-Haunted Putrescence", by Venger Satanis


Last but not least, I've just finished drawing a short comic which will soon appear in the second issue of Captain Berlin, written by Jörg Buttgereit.

Well, that's it for now. I'll try not to take so long until my next post.

A patchwork of mini paintings

Some more snippets of my research on Hieronymus Bosch. This print of The Last Judgement by Allart Duhameel was likely done after a model by Bosch. Duhameel was working as an architect as well as an engraver. The two men must have been good friends, as they have borrowed elements of each others' work.

But my point here is not to prove that they have done so, but that Bosch's paintings were often like a patchwork of mini paintings and that this was common practice around 1500 AD. In this print, i found a detail that was repeated elsewhere. Somewhat to the right at the foreground, among the many funny-looking monsters, a little guy is leading a parade while making a phallic*) gesture. 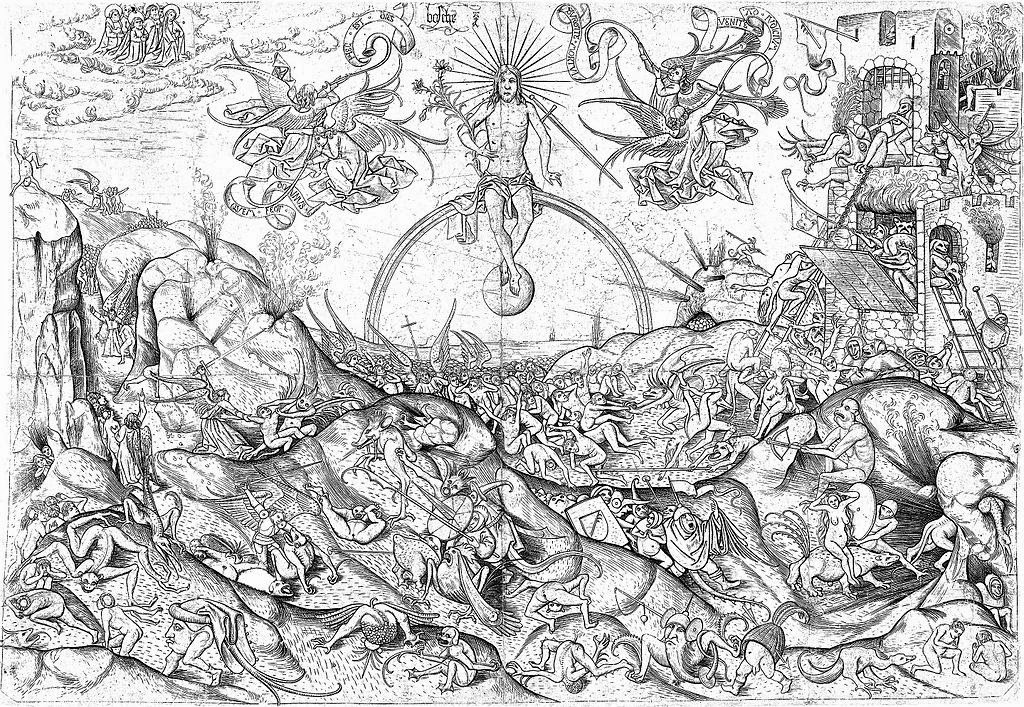 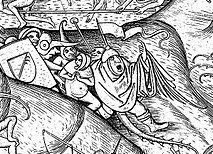 The same guy turns up at the feet of Saint Christopher on another print by Duhameel! Without the flag and the dragon's tail, but it's the same character. 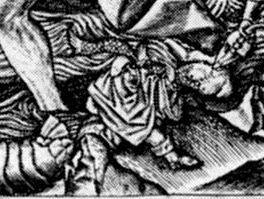 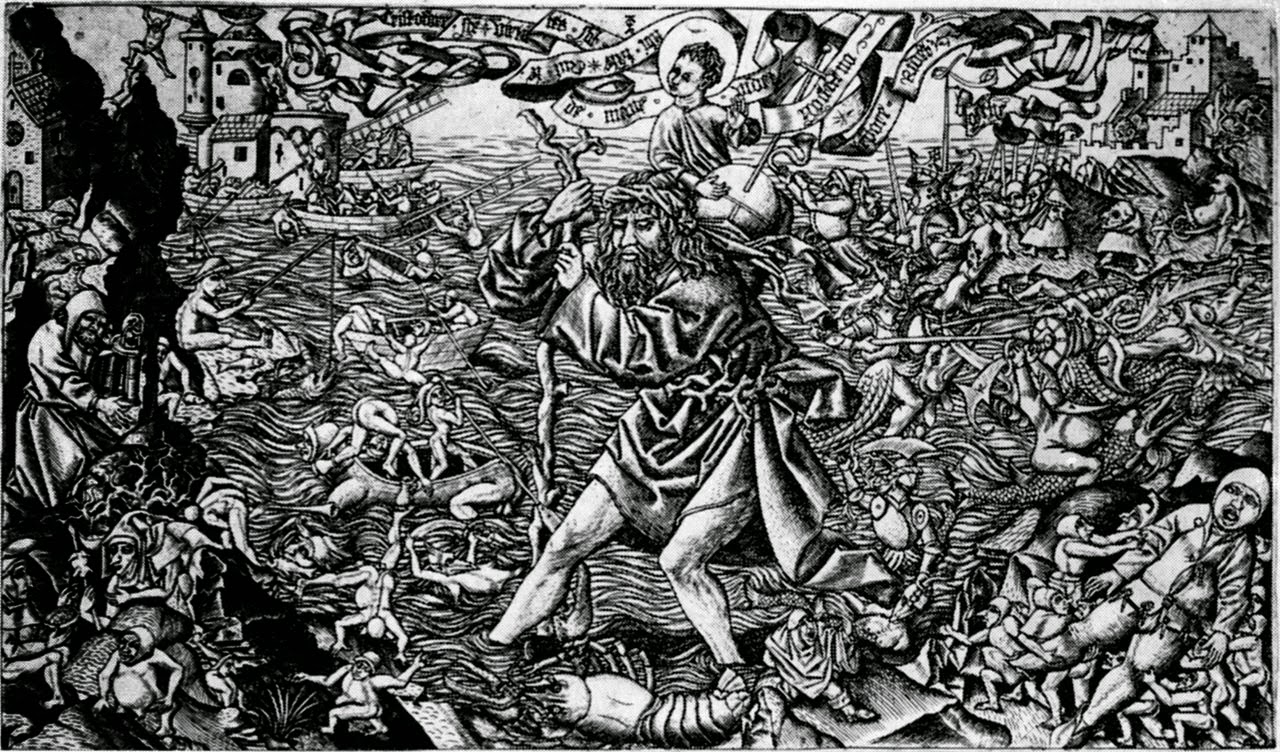 It's now easy to imagine Bosch and his family collaborating on their paintings by piecing together several designs and sketches, in stead of the cliche'd situation of the master who designs everything and then leaves the boring bits to be painted by assistants.
Many elements from The Garden of Earthly Delights look like intials from manuscripts anyway.

One problem i am still left with is how paintings were copied on a different scale. I suspect some sort of pantograph ('tekenaap' in Dutch, or 'drawing monkey') was used, but the official reading is that it was invented roughly a century after Bosch's death.

*) Possibly the sign of Asmodeus, but not sure about that.

Just did a new book from GRAVE series, which is linoprint only. I spent lot of time on cutting previous ones, for this new one I cut rather quickly but spent more time on layout. I tried doing a perpetual book, where you can turn the pages whatever wait you want to obtain various apocalyptic landscapes. Funny to do & almost working well!

I can't post all picts here so go see on http://alkbazz.free.fr/spip.php?article143 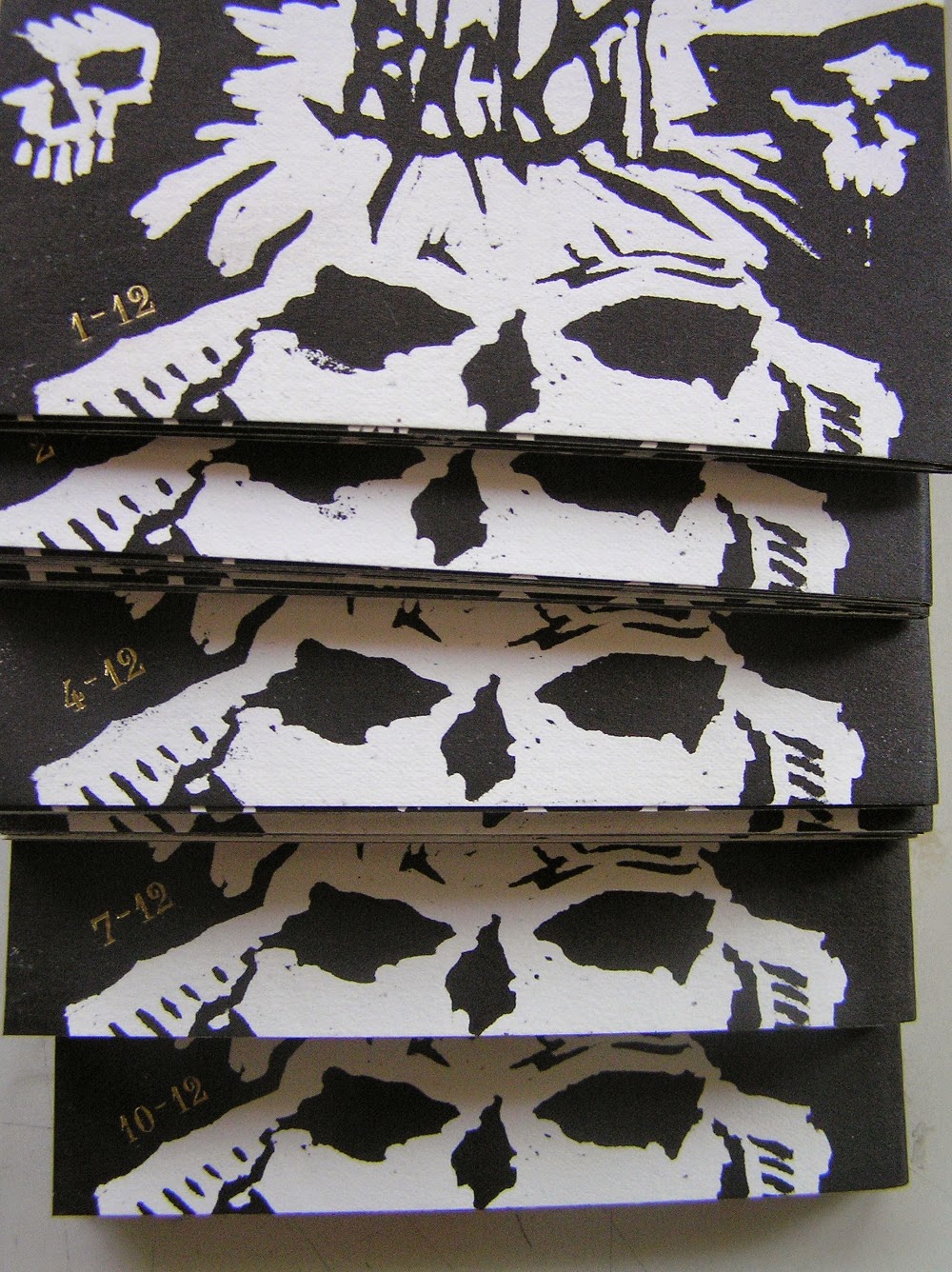 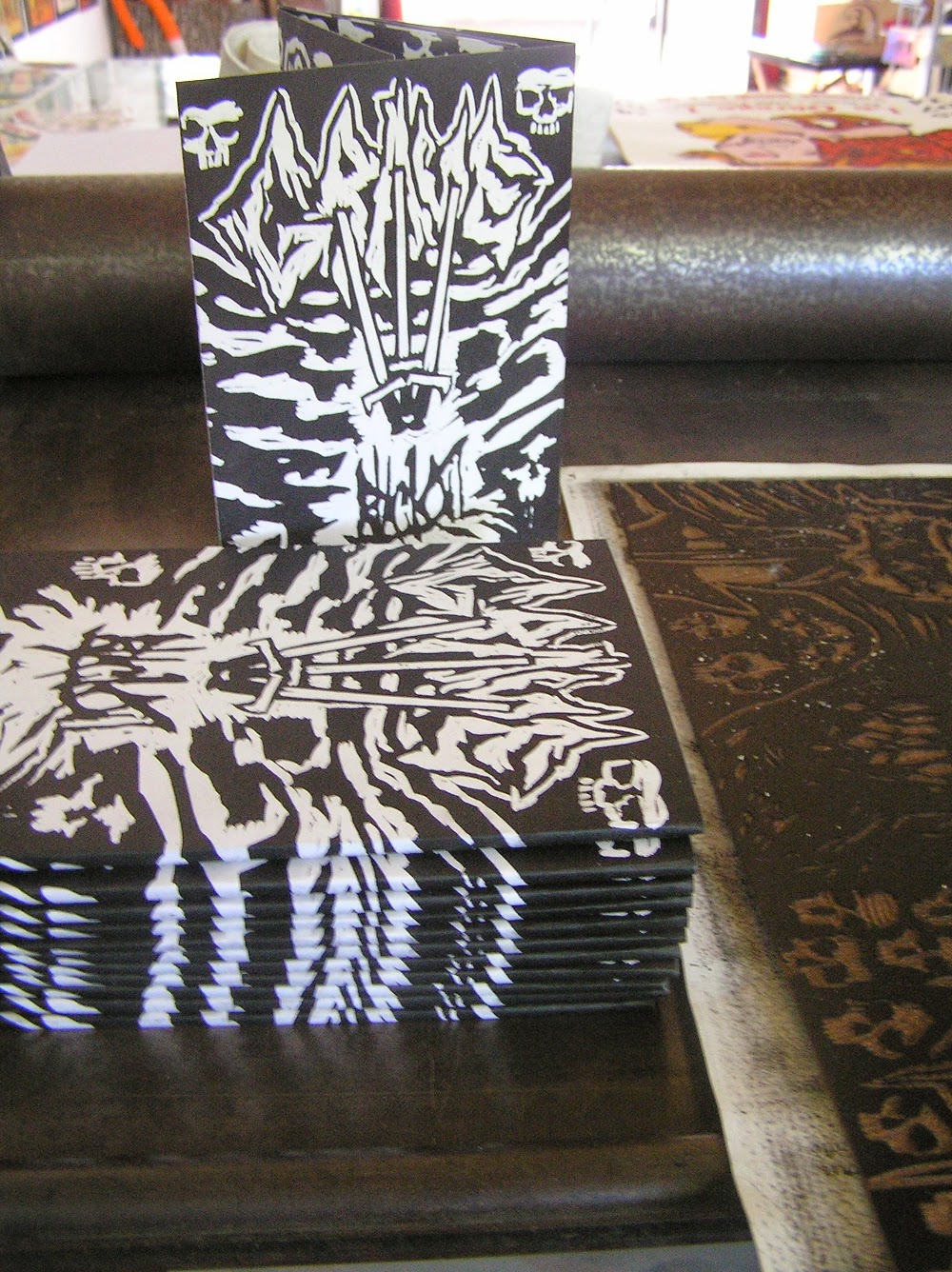 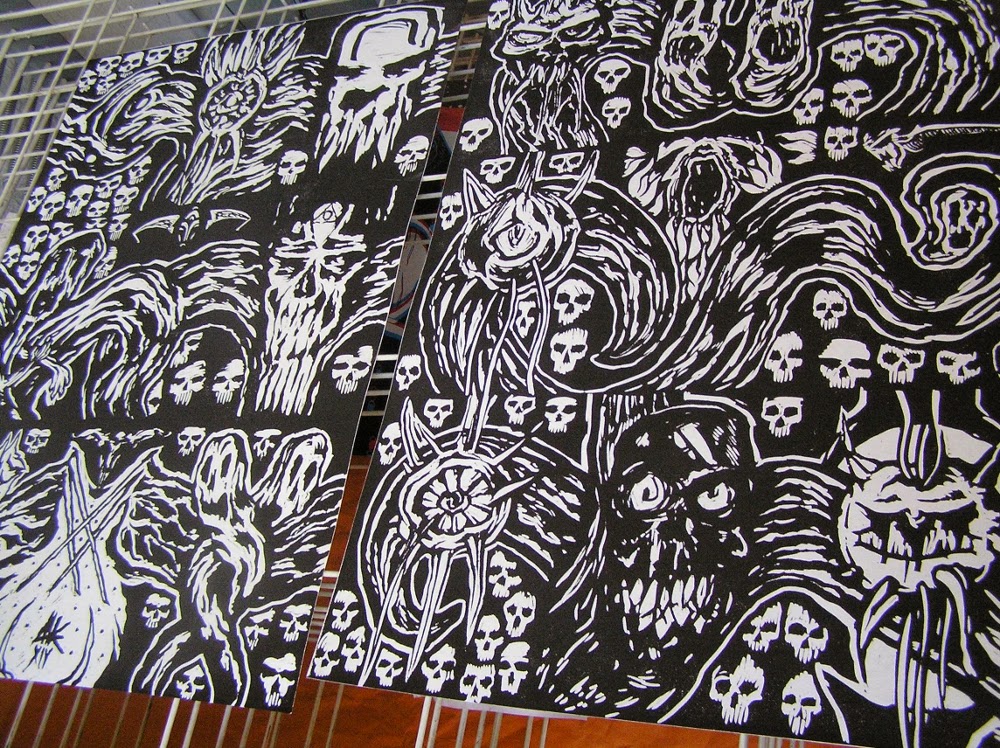 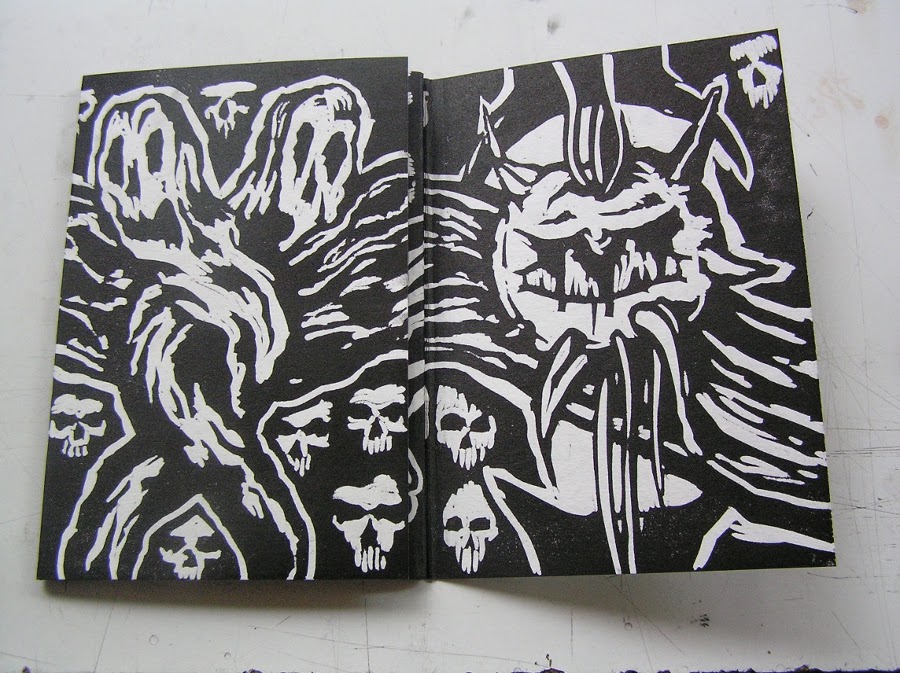 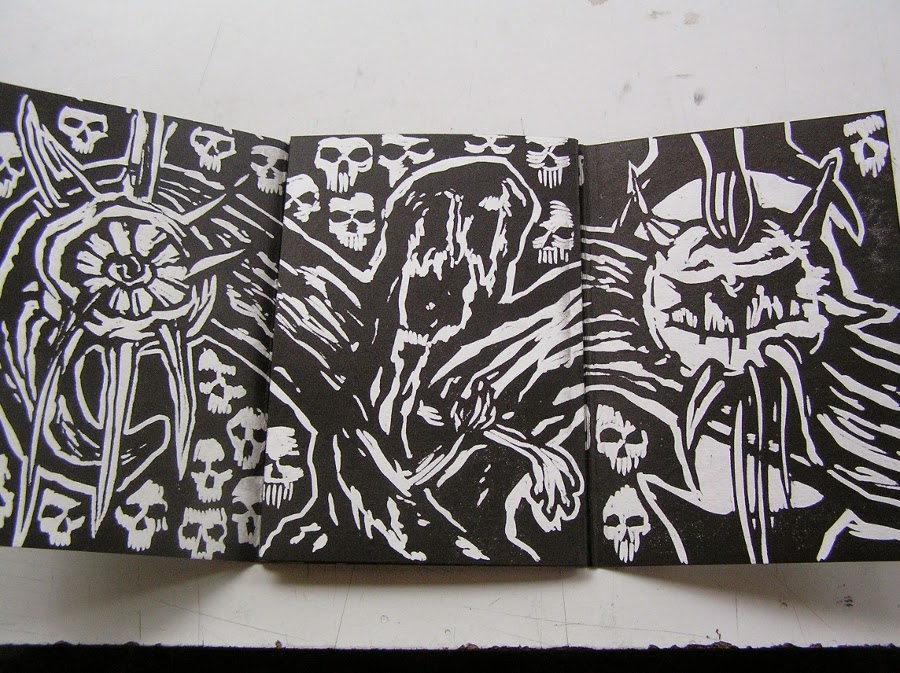 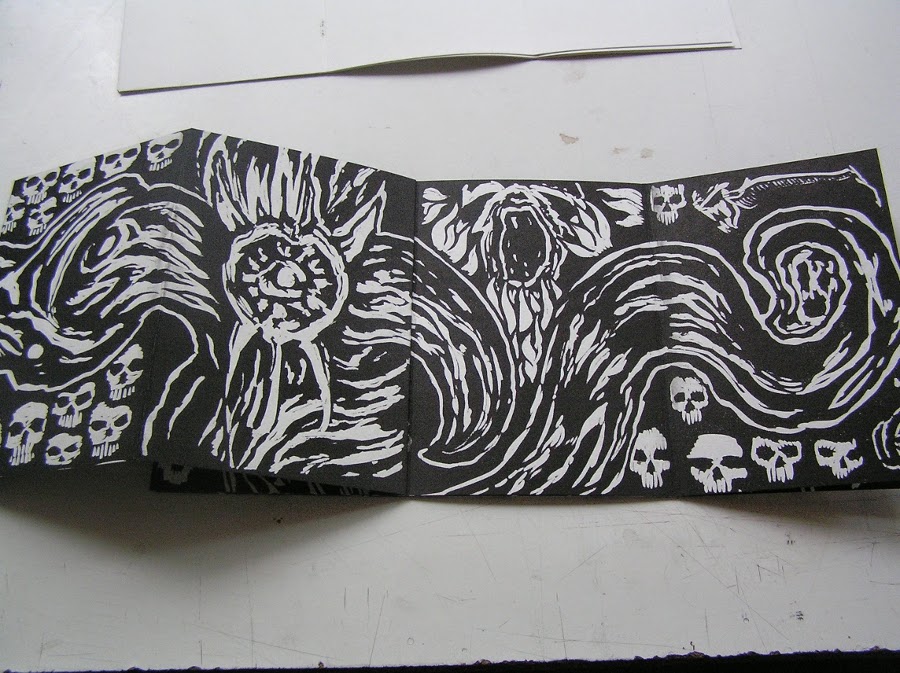