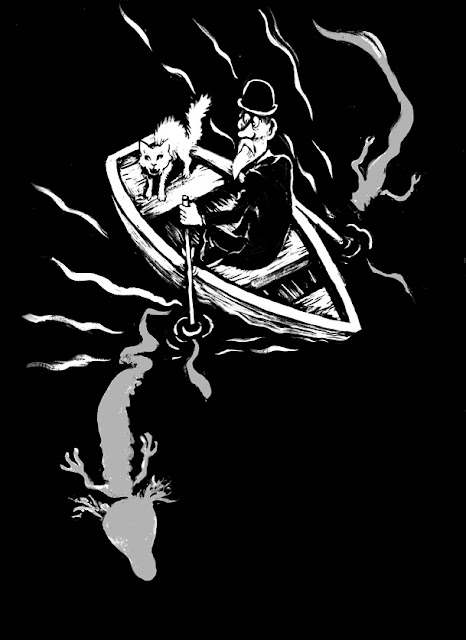 October, November, December will see the release of 3 new Maldoracca publications, one each month.
Each is 10 euros, separately.  Get all three for 27, to be delivered mid-November.
Paypal through link to blog:

The Art of Losing
a portfolio of drawings by
Muriel Bellini & I.R.I.
"mujeres, paisajes y recuerdos"
16 pgs,b/w, loose-leafed & folded to DIN A5

The Night Is Ours
a portfolio of drawings of nocturnal urban vistas, real or imagined
by I.R.I.
16 pgs, b/w on fluorescent yellow, loose-leafed & folded to DIN A4 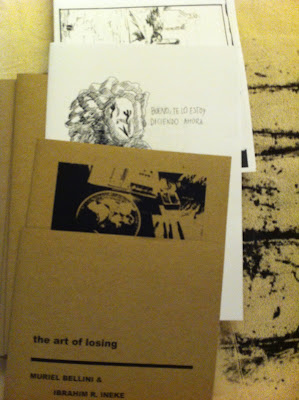 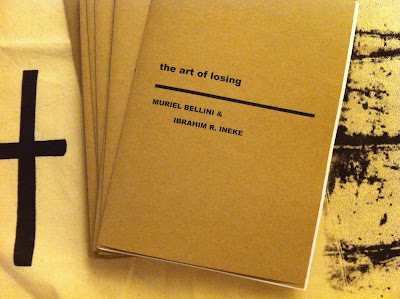 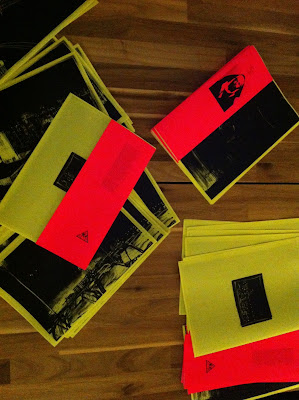 About ten days ago we had the third installment of our Bilderberg Konferenz underground comixfest here in Berlin, and it certainly was great fun indeed. Like every year we produced a "conference publication", a comix zine which every visitor got for the (very small) admission fee. This year's theme was "A Tribute to Jack T. Chick" and instead of only one zine we actually made a set of 8 different little pamphlets very similar in appearance to Chick's own tracts. They contain comix by 25 different artists and seven of them have flip covers.
Here's what they look like: 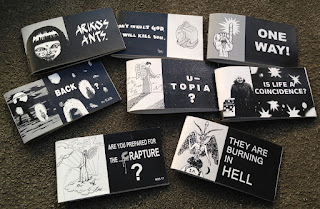 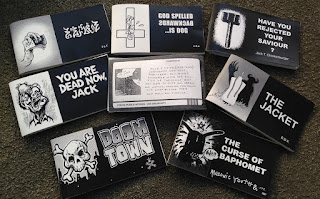 It's interesting that, like with our Garfield zine from last year, several people told us that they couldn't participate - even though they wanted to- because they didn't agree with the theme. Garfield put some people off for aesthetic reasons, and Chick did the same for ideological reasons.

Anyway, I edited and layouted the whole thing and while I made some small mistakes (mainly mispelling some of the contributors' names) I am still quite pleased with how they turned out.

This is my own contribution: 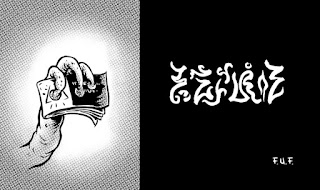 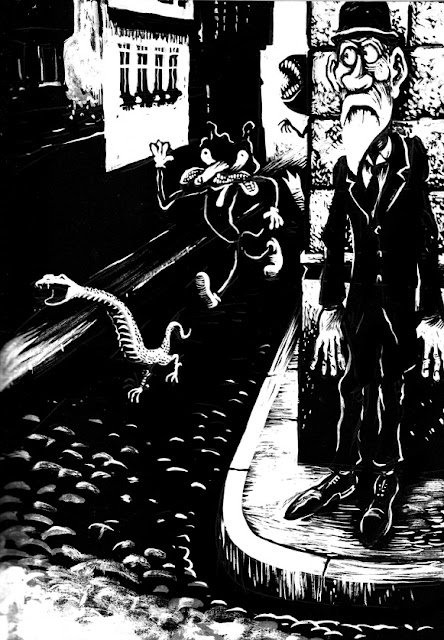