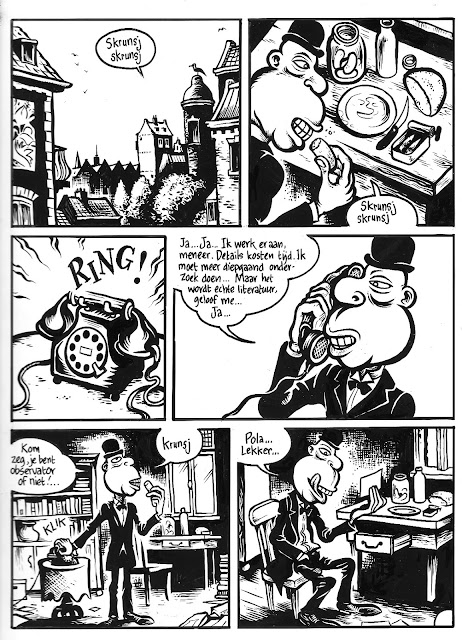 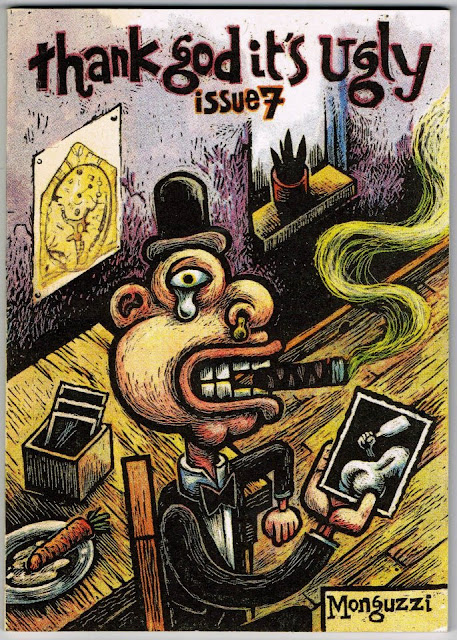 A new page that features a character i never had any real use for, although he has been the coverboy for Thank God It's Ugly, an anthology from way back. This was the last issue, from 2001. It was inspired by Aleksei Balabanov's Of Freak And Men, an astonishing film.
Now he has a proper role in Pola's new adventures (despite the improper behaviour). Somehow, i have been reluctant in re-using old material like this. Now i feel liberated, as i am sitting on a pile of unused (or scarcely used) ideas at age 52. It seems even better than to be dependent on other peoples' creative output. 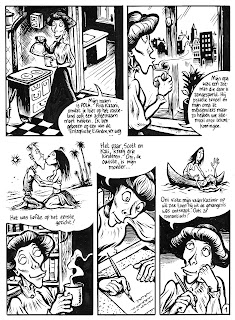 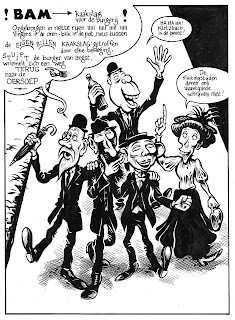 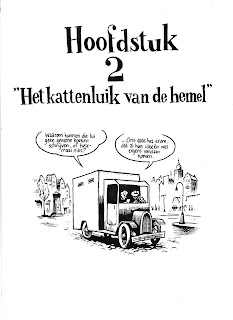 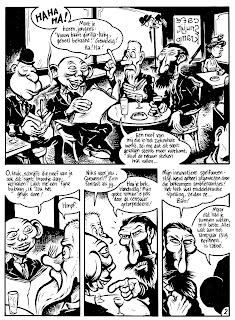 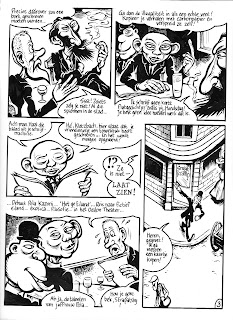 Pola's further adventures in the eternal year of 1913. 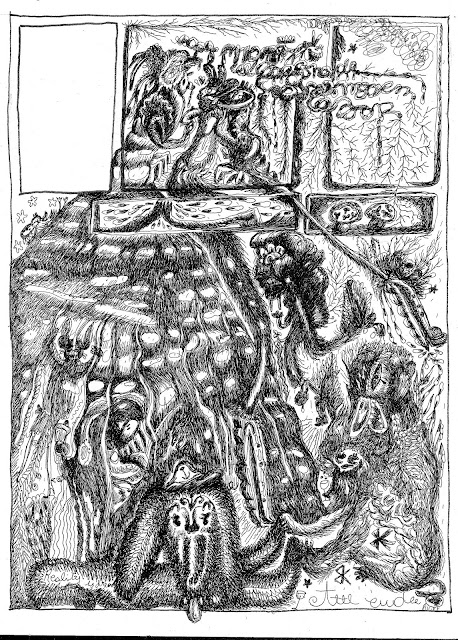