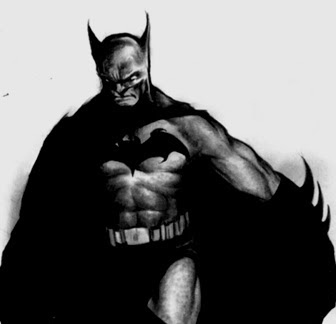 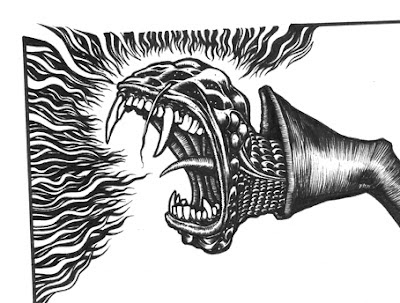 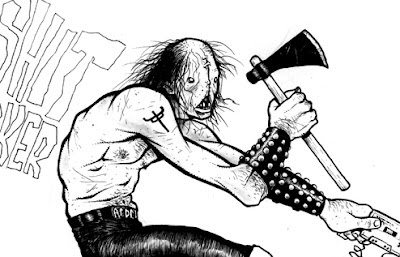 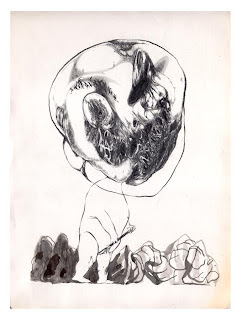 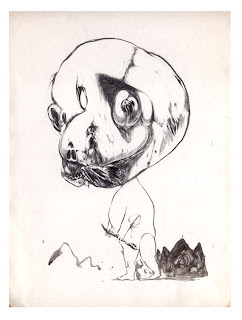 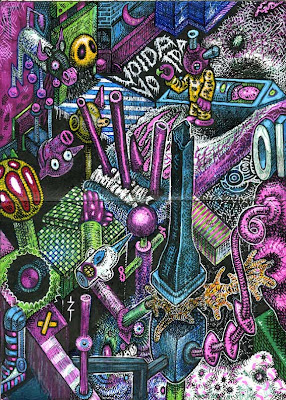 Scenes from my past... 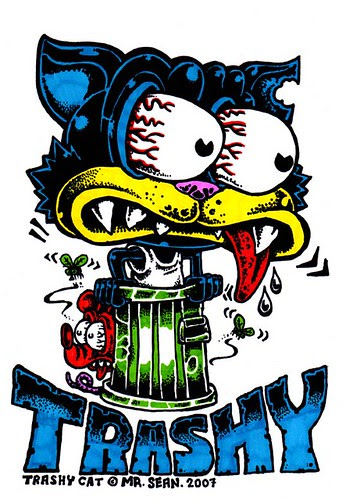 This is Trashy Cat. I don't like cats in general, but i do like scrappy alley cats that don't live indoors. 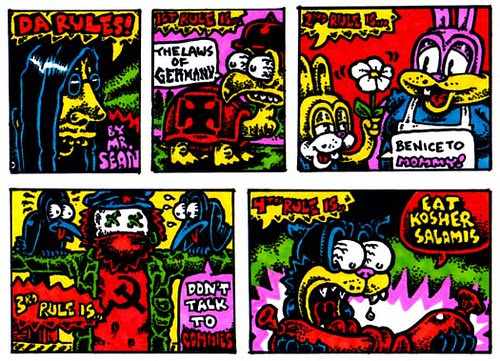 Commando Comix. A comic based on my favorite Ramones Song. Trashy Cat is featured at the end there. Also featured is Teutonic Terrapin & the Communist Straw Man. 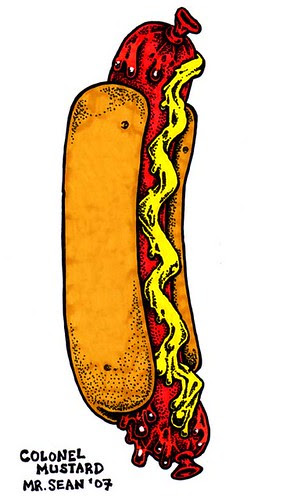 Colonel Mustards secured the holy trinity of Oakland Grand-Lake businesses, the other two being the Grand-Lake Smoke Shop & the Grand-Lake Theatre. You could buy a hot dog, see a 50¢ movie, get a Mad Magazine & some nickel candy & you're set for the day. Nowadays, kids don't buy comic books, hot dogs are out of style, movies are too expensive & kids don't leave the house to see them, there is no such thing as nickel candy & what the hell!?! 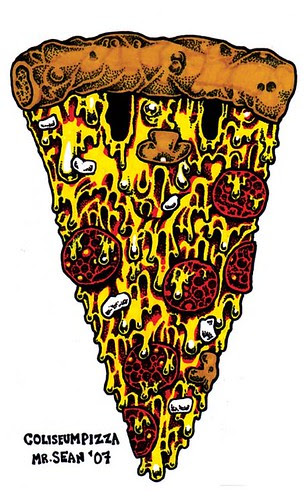 The Masked Men (my teenage punk band) thrived on cheap Coliseum Pizza in our mysterious deep east oakland garage. They were the only & cheapest pizza place that would deliver to us. I hear that the owner just blasted a would-be robber, thus securing the philosophy of Coliseum Pizza & myself, which is to take the law into your own hands.
Posted by SEAN at 11/23/2007 10:38:00 AM 6 comments: 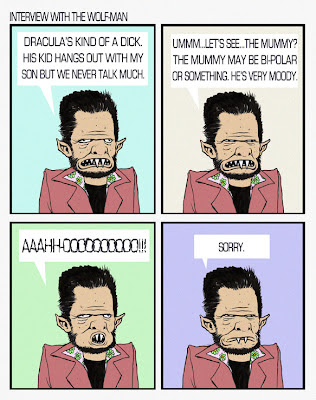 blood in the bowling alley 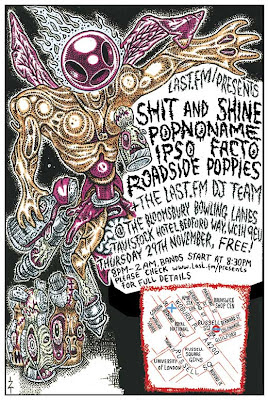 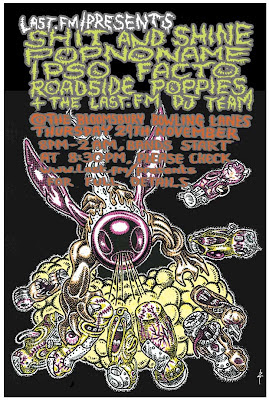 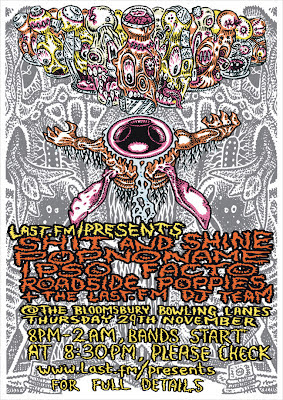 This is for le dernier cri, 'dead money' 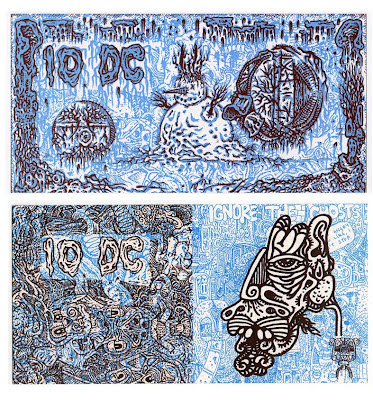 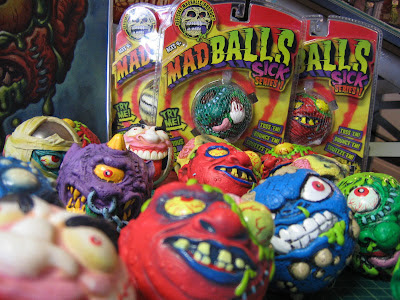 Here's an interview with Jim Groman who is working on the new line.

Click here to see an awesome sticker sheet of Madballs that is supposed to be on sale at Target? 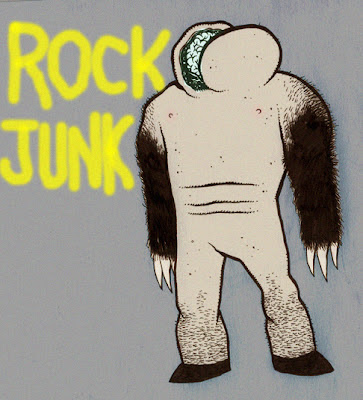 I have had this general concept in my head for a while. I wasn't contracted by anyone to make this image, so the tee exists solely in my noggin for now. Someday!

So, I'm obsessed with making these things called Showbags. Which are, according to the generally reliable, yet obviously corrupted Wikipedia: "A distinctive feature of Australian fairs and carnivals (known locally as shows) is the showbag, a themed carry bag of commercial merchandise. The bag is usually made of plastic or heavy paper, and is printed with graphics promoting the theme or manufacturer. Showbags were orginated unoffically from New Zealand. They were used as a form of insteading of giving one big gift they were used to give a lot smaller gifts in one bag."

Anyhow, i started making them for my Mr. Sean's Cartoon Club! & i just made one for all of the trick or treaters who came by for Halloween. I made a comic specifically for the showbag, promoting the proper celebration of Halloween. Check it out. 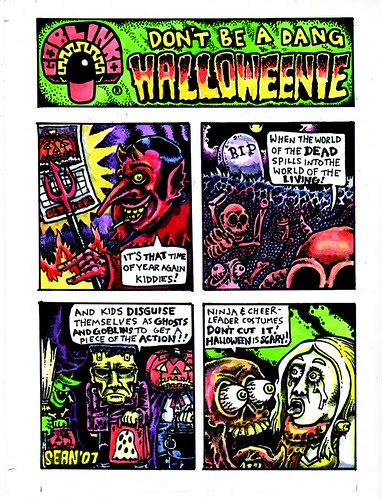 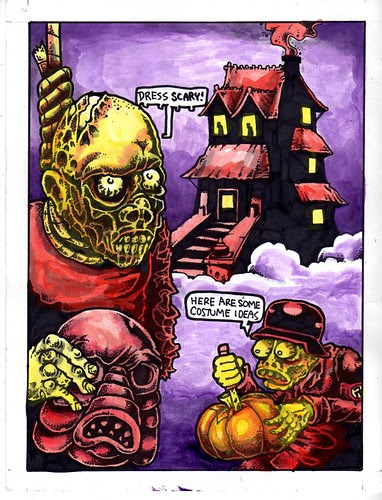 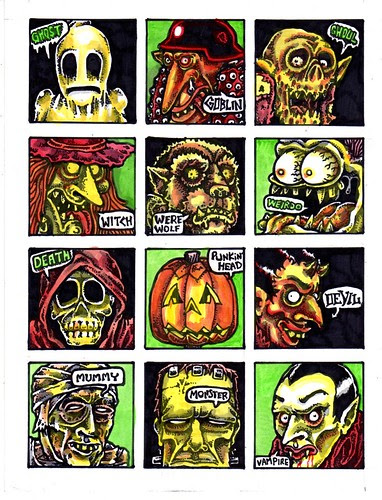 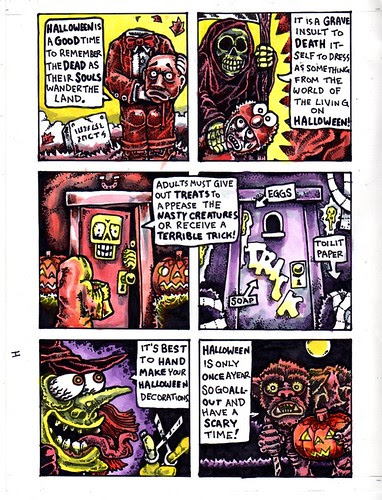 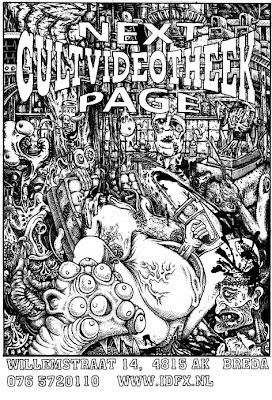 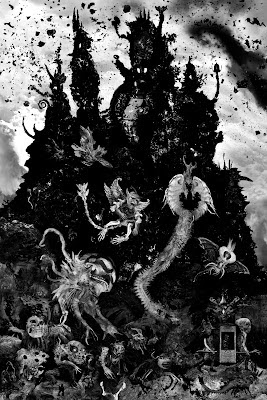