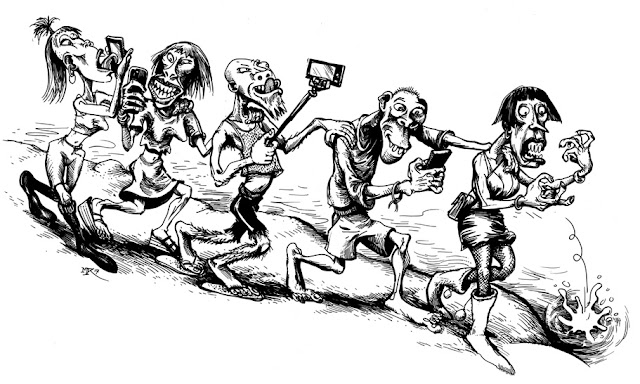 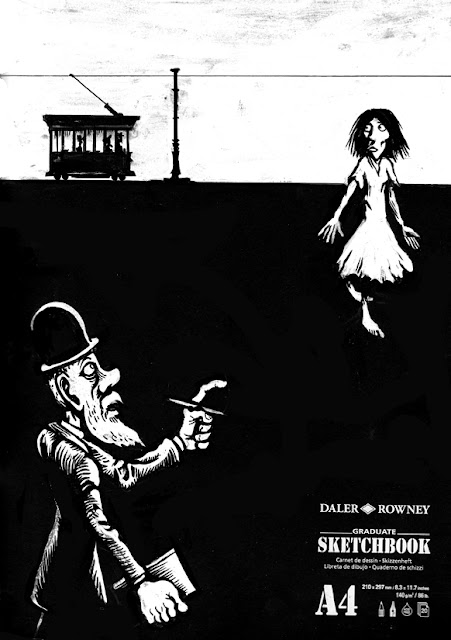 I guess the idea of Eaten By Ducks being dead really laid a stink, like a rotting carcass does in the back corners of my brain. Anyhow - here's what I'm working on right now. For Dungeon Degenerates - this is a poster/cover art for the part of the Wurstreich known as the Witch Woods & specifically Witch Hill. The old cults of the Black Goat of the Woods claim it as their own but the Imperial agents of the Wurstreich recognize it as a powerful place that needs to be controlled. Here's the first progress shot. Sometimes - instead of doing the drawing completely in each rendering level, I go ahead & get into sections before I've even pencilled other areas because I'm so excited to get rolling on the real drawing. 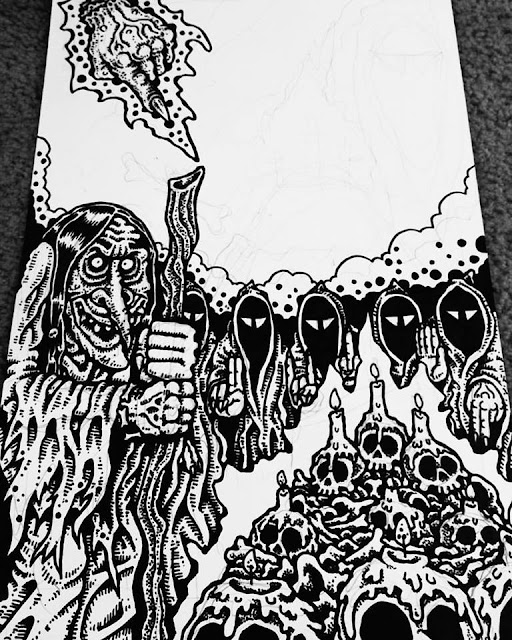 Here's the finished drawing. I'm channeling the idea of how book, movie & video game covers frequently misrepresent the things inside - partially because the artist has never read, watched or played the media item - but also - the nature of covers capturing the sensational aspects of the thing in order to trigger interest always works. Anyhow, despite the fact that I'm doing all the art for Dungeon Degenerates & have worked intimately on the game & theme itself - I wanted to view the game through the sensationalistic qualities of a Black Light poster or record cover instead of carefully illustrating some nuanced or linear elements of the game's lore. 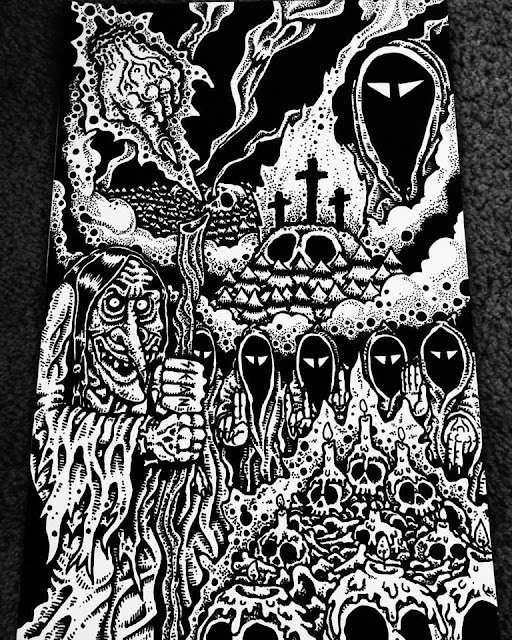 Hi folks,
sorry for not posting in ages! I'll post more in the coming weeks, promise.
I'm currently back in Portland OR again, working on all sorts of stuff.
Here's a sketchbook doodle which I inked for fun. 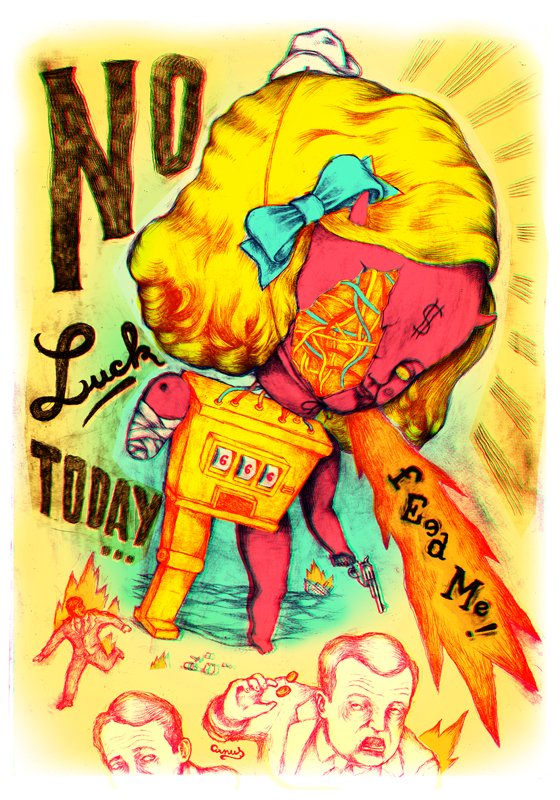 An illustration for the closing of the Palm Beach - Cannes 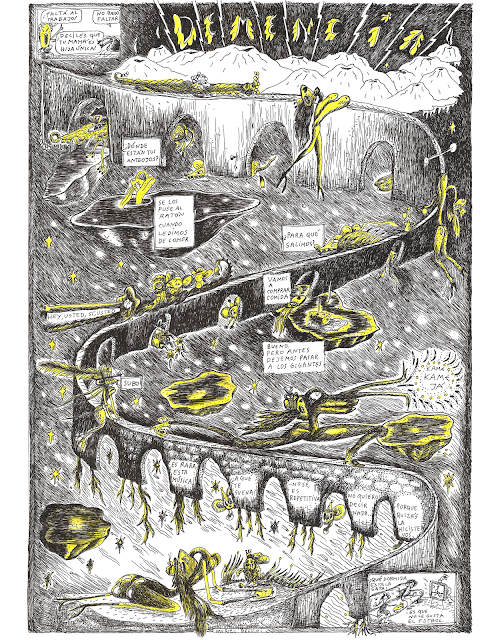