So, this is going to be kind of a general update post about things I've already blogged about, rather than about some particular new thing I've done lately.


After being published as a supplement in Zone 5300 last year, my zombie card game Zombory came out in Germany a few weeks ago. For the new version I redesigned the logo and drew several new pairs - it now has 30 zombie/human pairs. Also, with some help of a co-designer, I fleshed out (no pun intended) the additional rules which I had only sketched down when I first came up with the idea. So Zombory - while still playable by the classic memory rules - now has it's own zombie-themed game mechanics and has evolved into a fun little game of its own. The game rules are being translated at the moment so I have the hope that there will be an english version at some point.  Here's the new logo and three of the new card pairs.

Last year I posted some illustrations I had done for the world's longest (apparently) adventure game book, Reiter der Schwarzen Sonne (Rider of the Black Sun). The book did rather well for something so old-school, so recently the second, revised edition came out, to which I was asked to contribute several additional drawings and a new cover. There is talk of an english edition which will hopefully be coming out in the close future.
These are two of the new illustrations:

Finally, I did a couple new T-shirt designs...  these are three of them:

I know, from all the fan-mail that we have been recieving, amounting to mountains of petabyte that are now blocking the Google-servers, that you have been incessantly asking for some news from the art-world, namely, most acutely, the art world of Marcus Nyblom and his cronies.

Ages have passed -the middle ages, the industrial revolution, the plastic age, the invention of the modern kitchen as we know it- since any blogpost of significance was passed through the needles' eye of careful censorship that constitutes the impeccable and inscrutable agency of this most profound institution of digital art-enquiries. Therefore, I am most obliged to bring forward to you a few morsels of petty importance, only designed to entice you into spending your well-earned, meagre wages on useless art-works, foremost pertaining to filthy subject-matters.

Mr. Marcus Nyblom has visited the illustrious, legendary, downtrodden ruins of the port-town of Marseille, France, located by the blistering blue barnacled sea, infested with sea-sick, syphilitic sailors and slippery sluts smothering in the heavy smoldering gauloise-cigarette odor that permeates every dirty, smelly café, etc. etc. Well, that's just part of it. The rest is, of course, filled with pastis, heavy rock of some incarnation or other, and last but not least, the world's most notoriously fantastic art-publisher/studio of the last twenty years: Le Dernier Cri. In fact, 2013 is. no less, the anniversary of the founding of Le Dernier Cri!

Urged by this excellently decadent company to join them for an exhibition of Scandinavian artist this November, 2013, (our show titled "Les Horreurs Boreales") as part of the Marseille Cultural Capital 2013-thingee, "The Mauvais Oeil" (Evil Eye), consists of 12 different shows through the whole year.

With this exhibition, Mr. Nyblom had the opportunity to print for the LDC a silk-screen hand-made poster in three colors. You will find it and buy it for €25 only, by navigating to the webshop at Le Dernier Cri, then clicking the "poster"-button. Simple and uncomplicated, powered by Paypal. LDC ships all over the world.

Thank you and au revoir!

if any of you guys gonna be in new york drop by on saturday it would be great to meet in person. 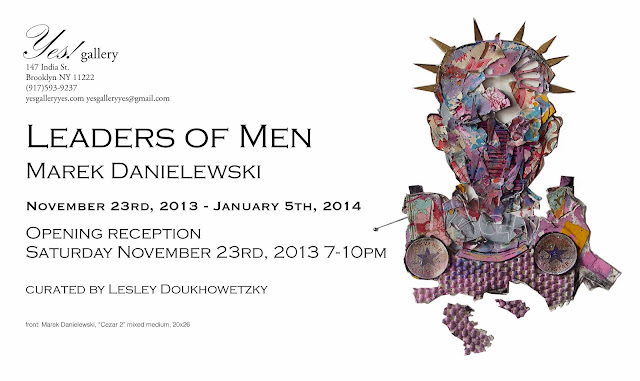 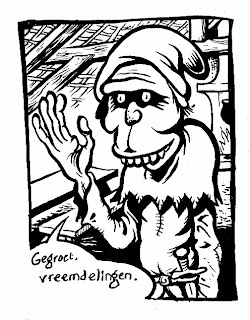 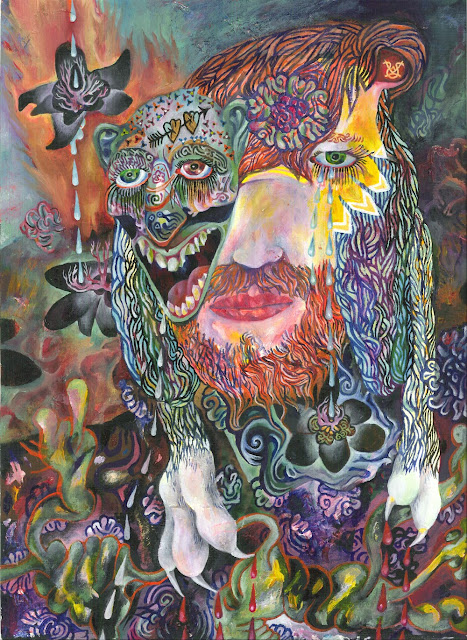 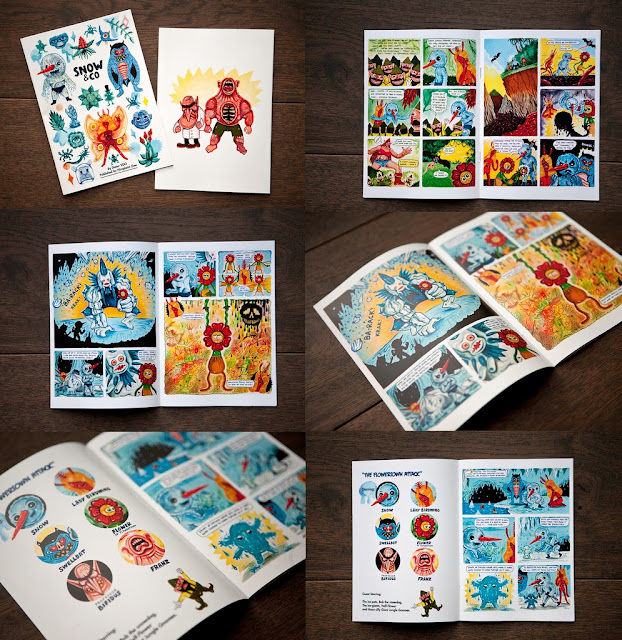 Want one? Send an email to:
infect@hirntrust.at 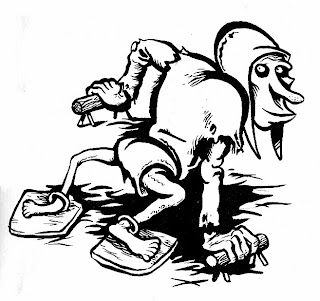 Hieronymus Bosch's work is riddled with cripples and various disfigurements. It's hard to tell how much compassion there was in those drawings and paintings, as they served as allegories for moral corruption. (They are often depicted smiling!) But a certain fascination must have been there, judging from the wild variations on the human figure.
Posted by Marcel Ruijters at 11/11/2013 08:04:00 AM 1 comment:

I cant believe it's November already, it feels like Christmas was just a few months ago 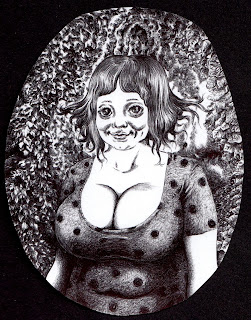 9 of 12 Caesars for "The Twelve Caesars" by Suetonius 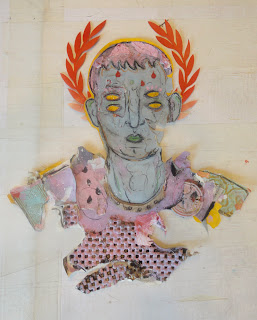 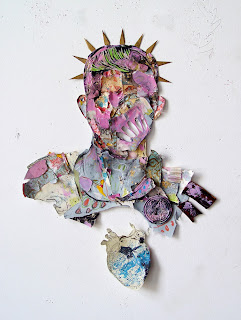 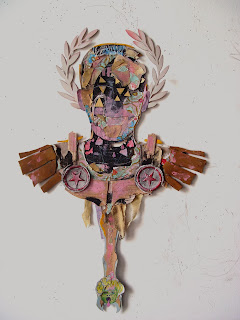 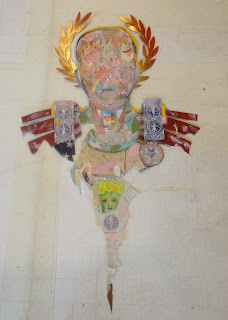 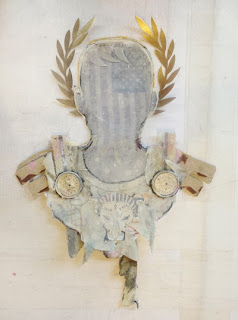 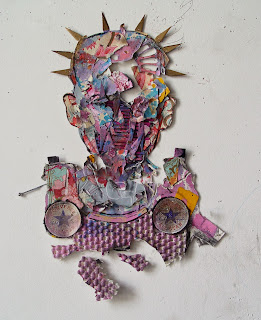 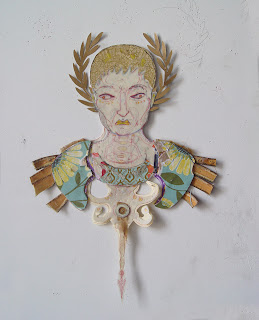 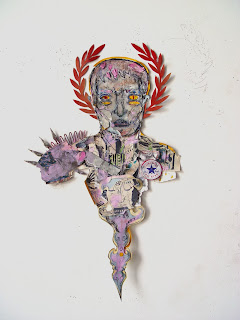 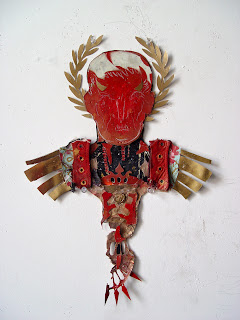 I'm not posting thee Caesars in any specific order (say as they are listed and described in the book "The Twelve Caesars". Also, I did not name my them- I thought that would make them connect more to contemporary America.
Posted by Unknown at 11/07/2013 06:34:00 PM 3 comments:


Albert Camus was born 100 years ago today.
So I made a gif.
Isn't that absurd? 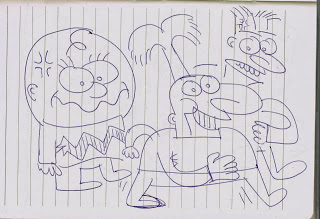 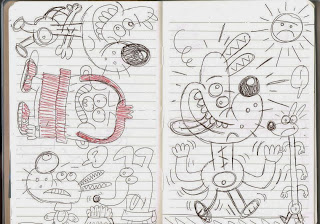 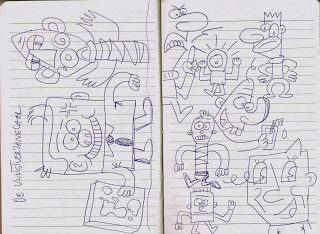 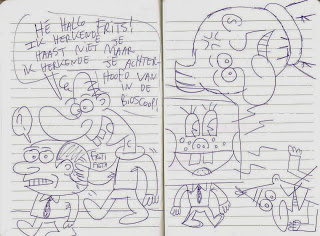 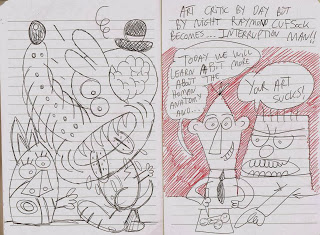 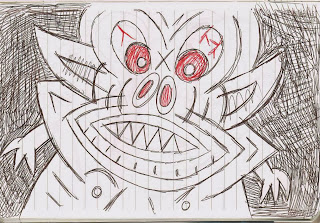 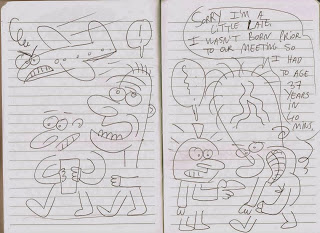 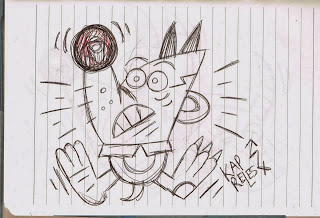 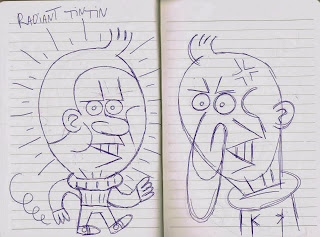 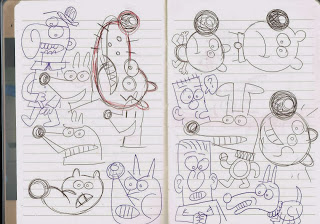 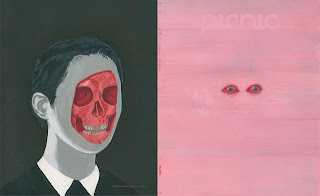