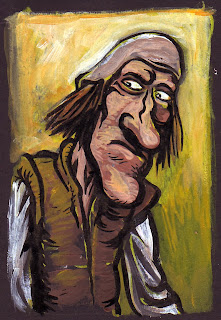 Started a new sketchbook recently. This is Jheronimus's brother Jan. 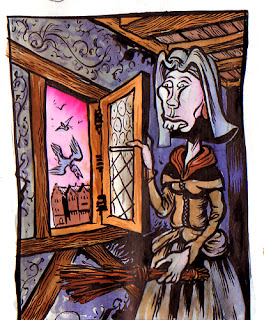 Here we did our 8th alkom'x zine! Really happy with it, feukine great artists & friends AND so much easy to do than n°7 !!! Thema was Hate... it's not really that i wanna talk about it, but i thought it was good enough after voynich's concept which was more difficult for some... "weua intellectual!" so here it's surely not so philosophical! For n°9 suggestions goes for "nein" but it's not fixed, maybe something intellectual

Technicaly I missed something with pdf edit (i used scribus for first time) so the book is 10% less bigger than expected, you don't matter but that's why cover is not nicely framed

If you want to see the inside go on to there  http://www.garage-l.fr/spip.php?article1625 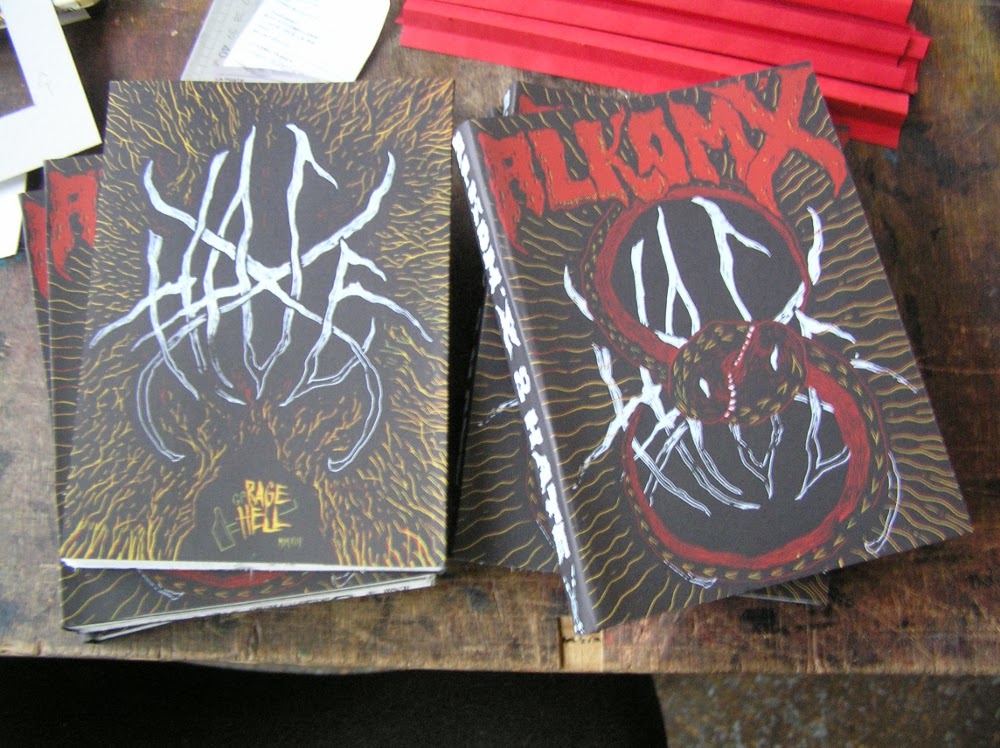 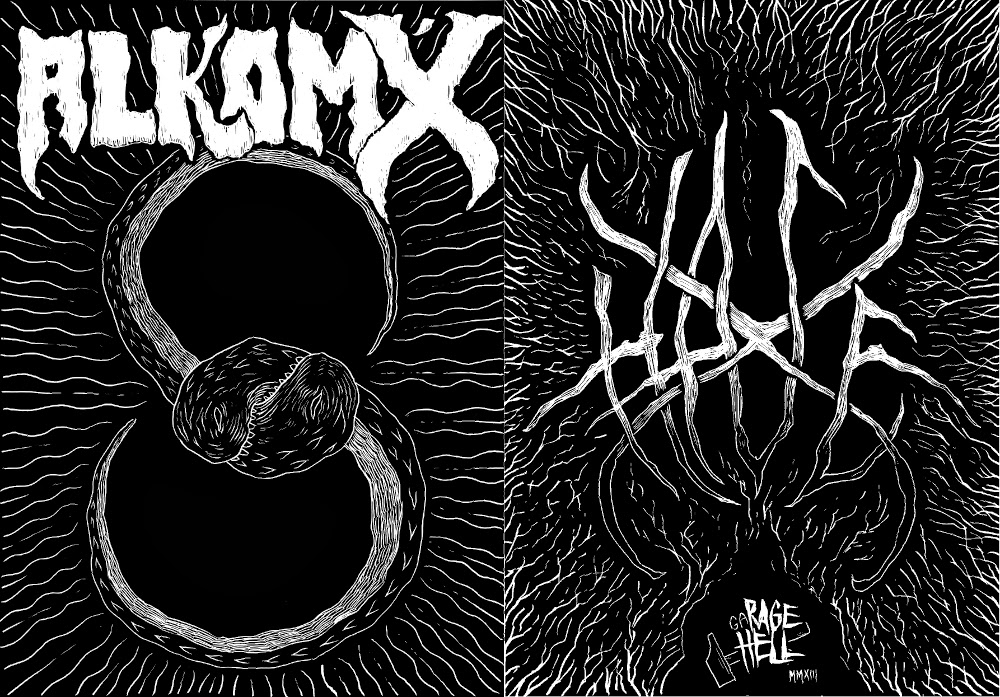 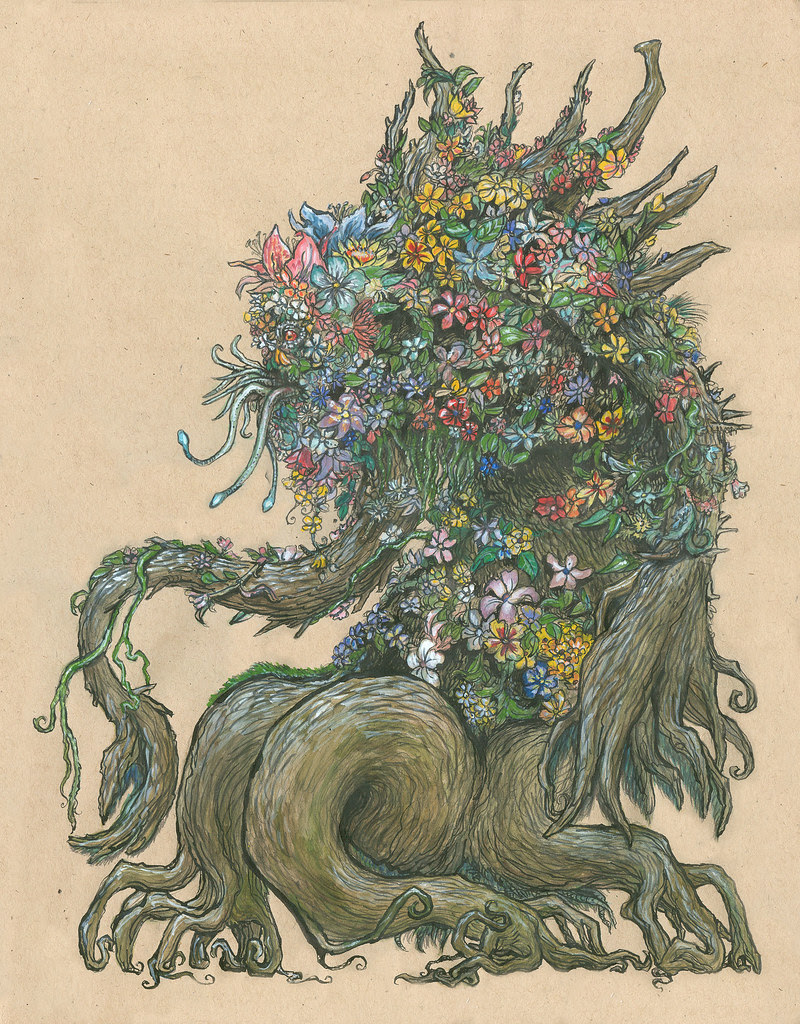 Hi, everyone! Happy new year and all that. I had a gallery show in NYC back in October- my first as a headliner. It went really well and I sold a lot of pieces. I also learned how to mount and frame work- never had to do that before. Anyway, this drawing is a new piece. It didn't come out at all like I first envisioned. I think the colors are too bland and it's all generally faded looking- and a background might have been nice. I had originally thought of this creature that looked as if it were covered with black mud, with vines and wild flowers growing all over it. It only ended up being some sort of tree monster with root legs because I doodled out the pencil line and then realized, as I got to the bottom, that I was running out of room and hadn't even thought of the legs. Yeah, I could have started over, but I thought I'd do "this version" and then go and do another. Someday. 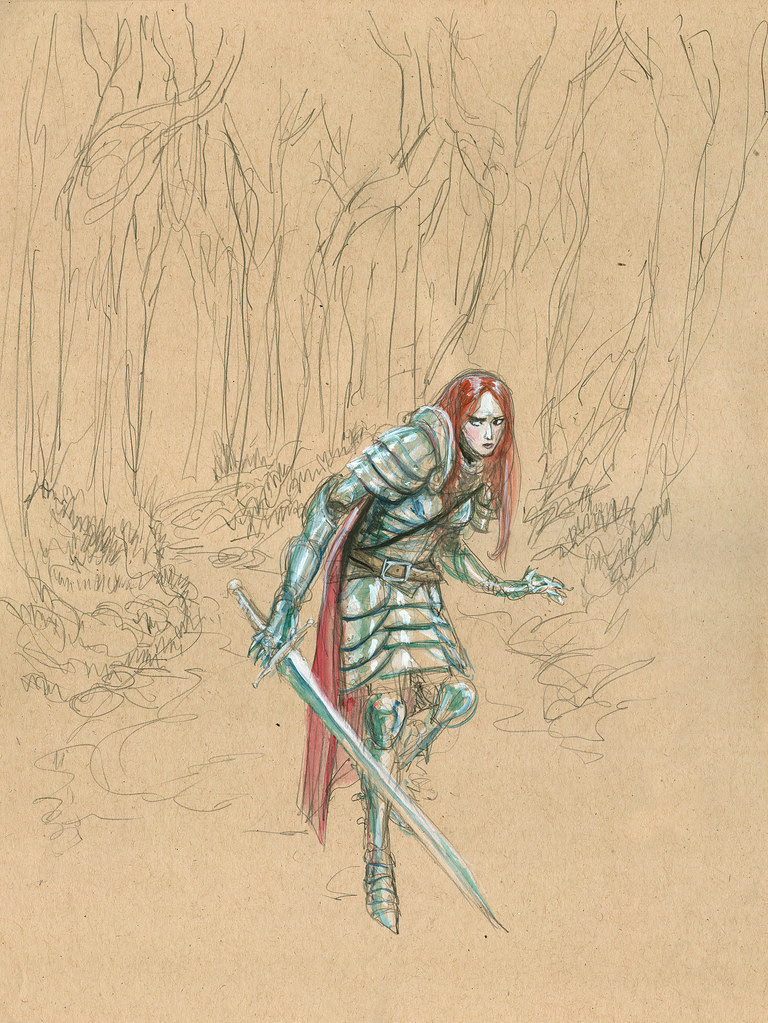 This was a sketch for another drawing that I still haven't worked out. Again, there are so many things about this drawing that miss the mark I was going for by a mile. I tend to see that a sketch is deviating, but then I continue it, just in case it goes somewhere good- even though I know it won't end up being used for the original concept.

PROBLEM and SOLUTION by Aleksandra Waliszewska with forewords by David Tibet 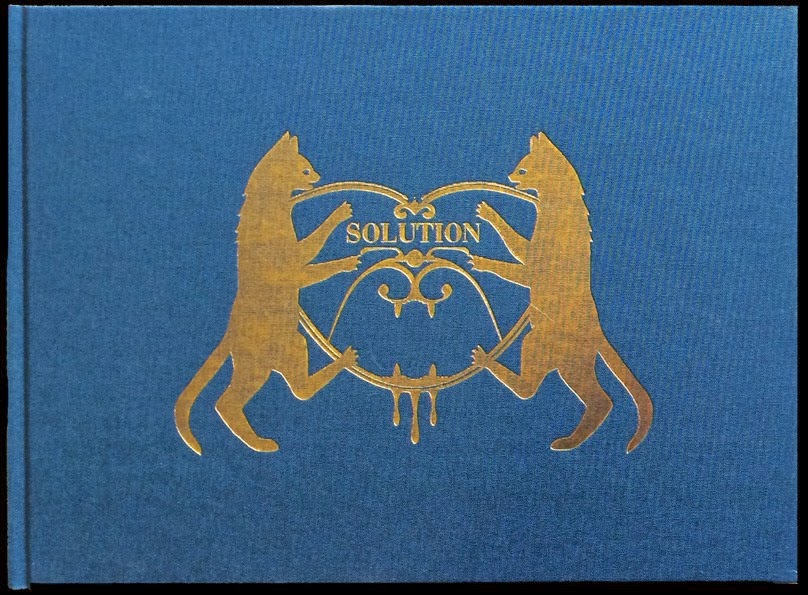 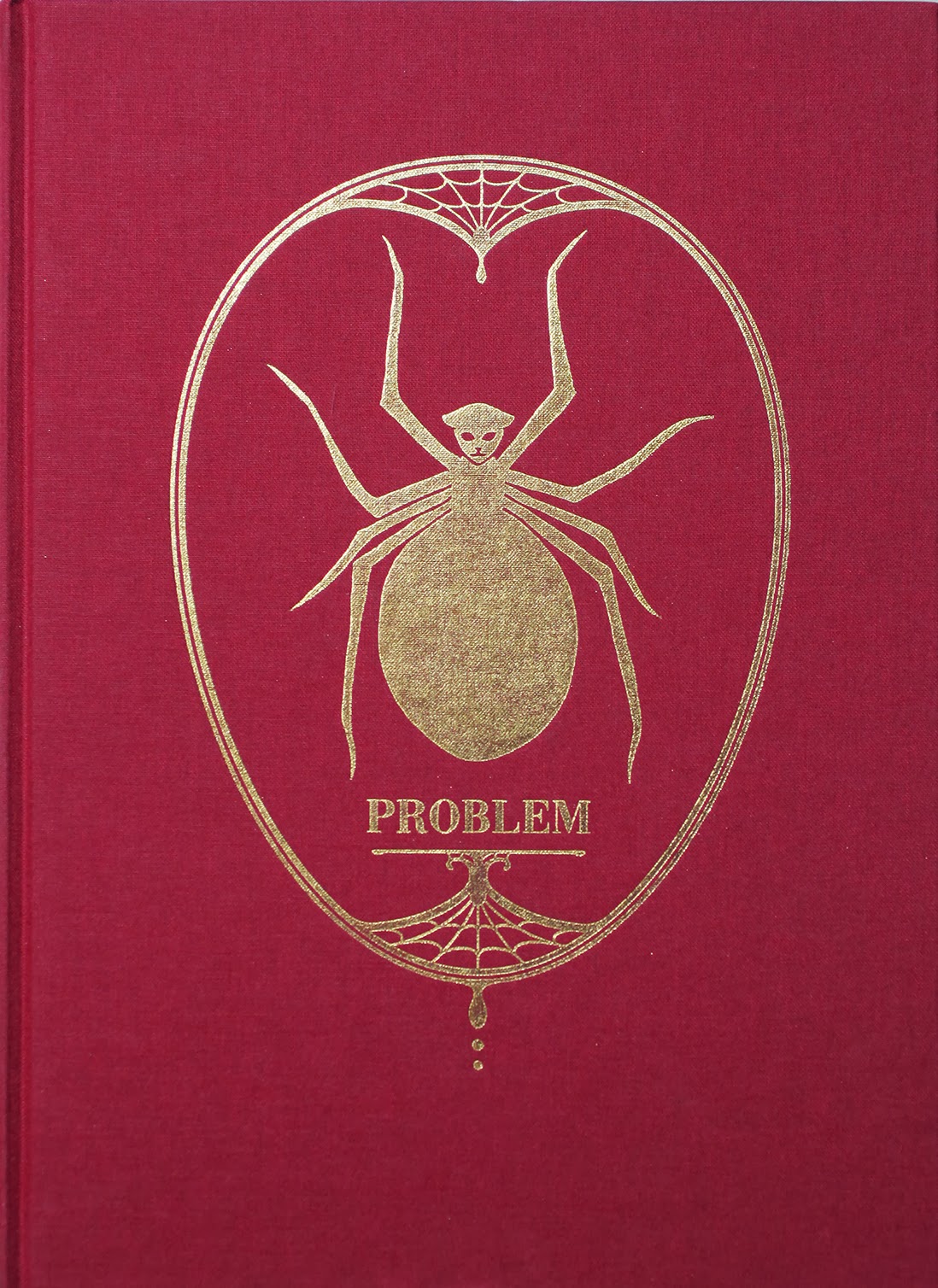 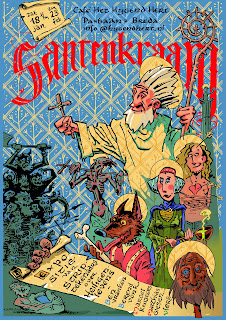 From 18 January - 23 February i will be in a group exhibition in Het Hijgend Hert in Breda, Holland. The other participants are old friends: Berend Vonk, Matthias Giesen, Ben Vranken en Vlerk, who initiated the Santenkraam concept -and who did this poster design. For those who do not understand Dutch: 'Santekraam' refers to saints, but it also means something like 'the whole kit and kaboodle'. (And 'Vlerk' means batwing as well as brat). We are going to show comics, paintings, prints and various drawings about saints.
Posted by Marcel Ruijters at 1/16/2014 08:23:00 AM 1 comment:

I'm showing you these cause it won't be published
I did this when travelling to Serbja for Novo Doba festival, after festival (which is intense) we had a workshop in countryside with Elektrika (Pancevo's gallery). It's a place where a desert was formed by the wind, then peoples make trees growing so it's not spreading all around. The idea was to create some stories/animals with local influence.

hope it's readable enought that size 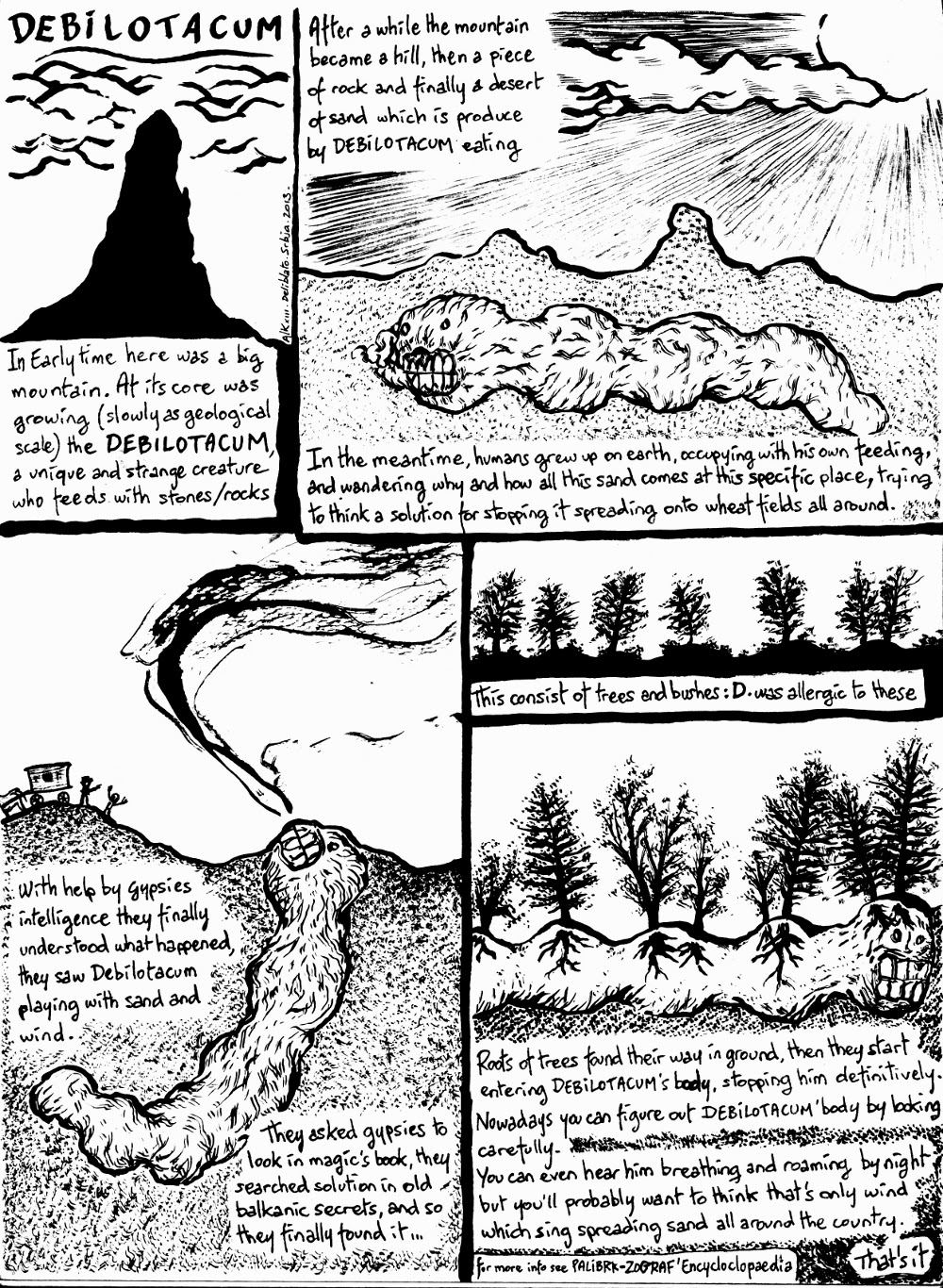 Here's a thing I just did for Jean-Jacques Tachdjian's art-zine "Couverture" - a magazine consisting only of covers. The topic for this new one is "Sexy Science-Fiction of the Post-Stalinist Age". I went for a Octobriana meets Time Machine late 60s comic cover:

The zine will be printed in duotone and at this point the two colors haven't been chosen yet, so it's possible the final result will probably look a bit different.

The list of artists contributing to this is pretty inpressive and there's a crowd funding campaign going on to pay for the printing of the zine, so if anyone's interested in ordering an issue / supporting this project check out this link.
Posted by Human Mollusk at 1/15/2014 03:35:00 PM 6 comments: 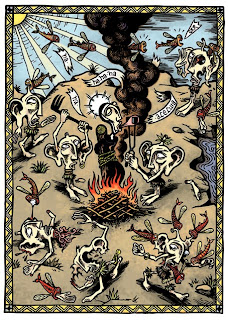 More or less an afterthought. A variation on the Saints book' back cover drawing with more Blemmyans. I tried my luck with more subdued colours than usual.
Posted by Marcel Ruijters at 1/07/2014 03:38:00 PM 2 comments: 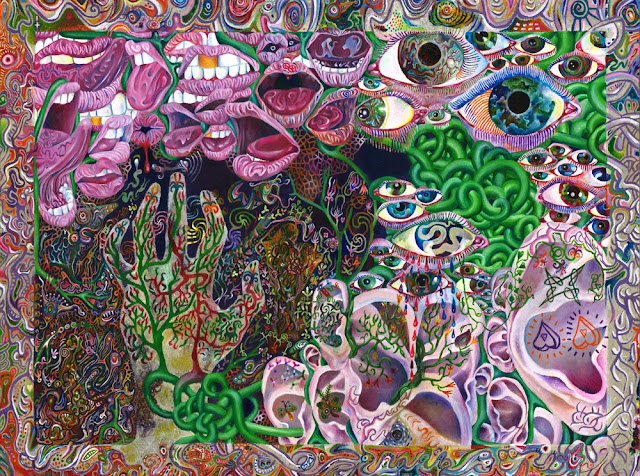 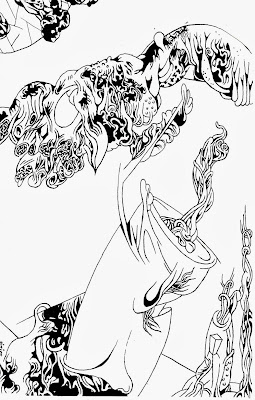 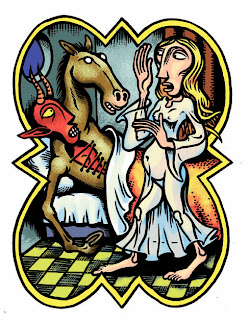 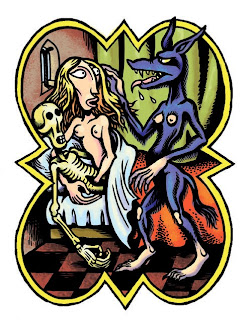 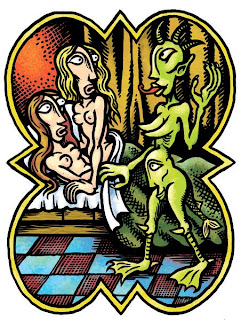