The Necronomnomnom. Well, I finished the art back in August, but the thing just got printed. I think we sold over 200 at the PAZ Unplugged convention in Philadelphia, and I did a drawing in the back of every book I saw sold. 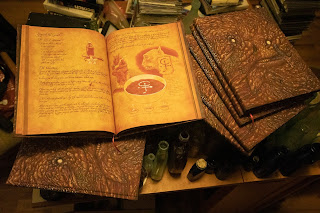 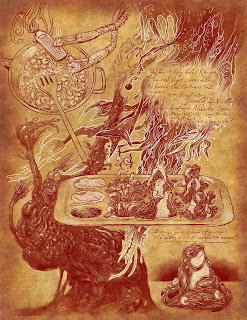 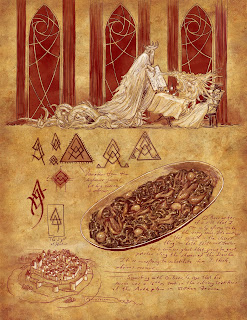 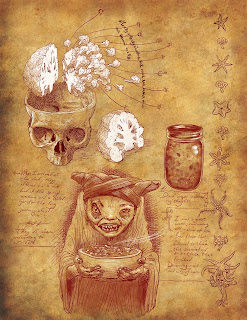 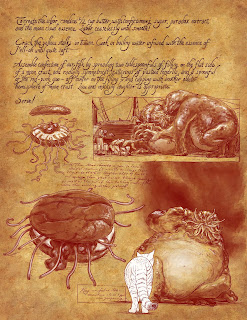 I didn't write any of the really bad puns or any of the recipes- I was given the recipes and then I did a calligraphy version of them and just made up stuff to fill the page. The basic format of the book is that it's written like a tome of spells, somehow being gathered by a collector and the book itself. There are scrawlings, notes, and musings- most of which are scrawlings, notes and musings I made up as I went. I asked for some direction and there were things that came from the authors that needed to be on certain pages- like discreet shout outs to people who submitted recipes- but was basically given free reign. Somehow there isn't a single recipe with an octopus tentacle in it. 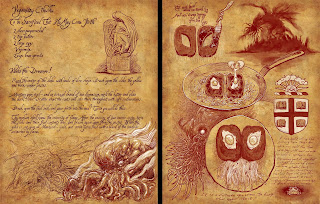 Nice work, how many pages did you have to do?

102 plus the wrap around cover.