Here are two sketchbook drawings I did today.
The first is called Darklight Combat although my lady friend/signother/spousal equivalent/common-law-wife-to-be described it as Disco Dancing in Hell... 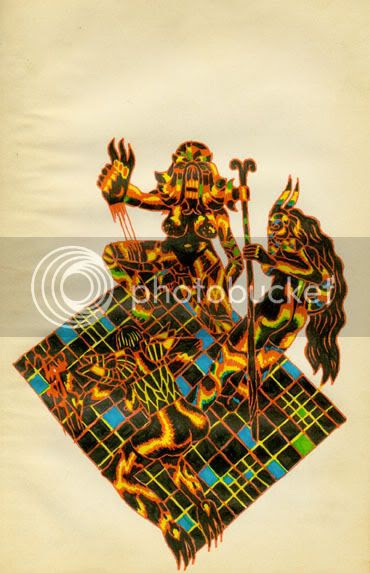 The second one is called "Jealousy" only because I think that is what it might illustrate, although the key to the drawing is the pain lines to the back of the Demon in the upper right because I injured myself horsing around yesterday and could barely stand stright today. Drawing was the only thing that made it go away...
drawing maes everything bad go away. 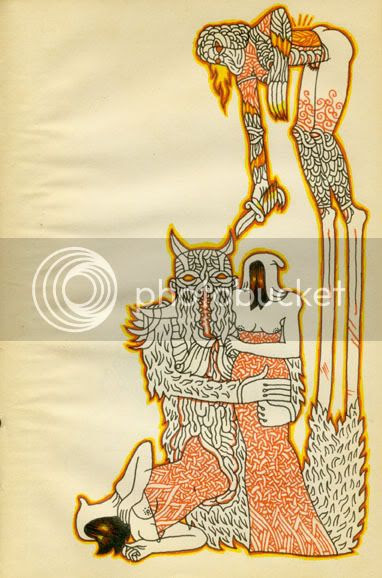 don;t know what to say apart from 'serious nodding of approval'

Hell yes, really digging these demon pics. You should reinvent the Necronomicon in your own vision.

Thanks for the comments, everyne. I need feedback in this little shell I live in. The board (ouija) no longer speaks to me--they hates me because I make them look silly sometimes.
Silly hobbitses.
ONE BLOG TO RULE THEM ALL!!