Like the title says, we're into Japanese mythology; Amaterasu Omikami, goddess of the sun, and Daikoku, god of wealth and luck

This is also the point where I switched from ballpoint pen to sharpie. I initially was using a pen that was a little too thick, and so the first thing you'll notice if you look is that the detail here is a lot less fine than in my last couple of efforts. 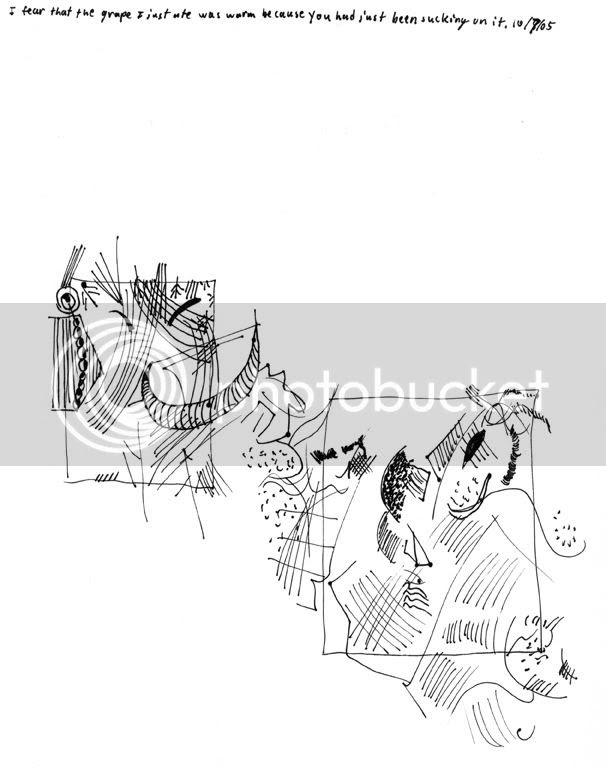