Wine and dine in Veneto

Normally, drawing comics and the like does not put much food into my mouth, but late September it certainly did. As a long-time partner to the Treviso Comic Book Festival,  Gruppo Ristoratori della Marca Trevigiana invited me to to join the Dripping Taste tour in the Veneto area, together with my old pals Ole Comoll Christensen (DK) and Jakob Klemencic (SLO). We were joined by Cynthia Neves (BRA) a day later. So, next to touring around Treviso and visiting local industries, there were also mega-lunches to enjoy. That does make one feel somewhat like a barbarian, coming from one of those mashed-potato countries up north.

This is us sketching, joined by Stefano Piccoli from Dripping Taste in the Canova Museum - dedicated to neoclassical sculptor Antonio Canova. 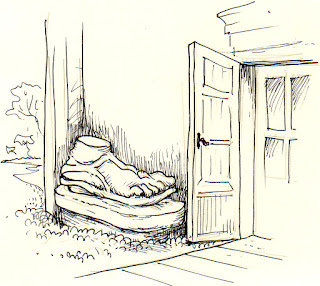 A giant sandal outside the Canova Museum. 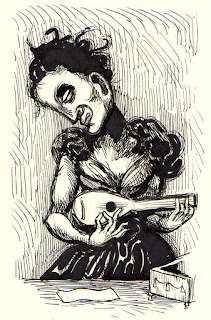 A cruel sketch from a Canova painting. The neoclassical beauty standards of the time were frigging weird. 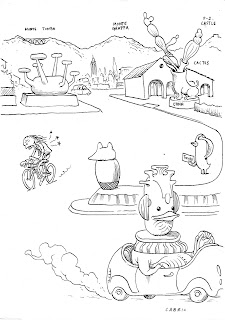 My first sketch on tour, after a visit to the Bosa ceramics factory. It features a few designs of theirs (the leegant shapes were often reminiscent of Lorenzo Matotti's comics) and Typex, my roommate at the hotel in Treviso. He likes to draw caricatures of his comics collegues and had to borrow a crummy mountain bike to get around in Treviso. 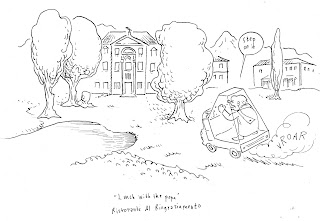 And sometimes, it is lunchtime. This was done at Villa Razzolini Loredan, where i learnt that 'to have lunch with the pope' is a local expression for having very good food. (Yes, I know i am lagging behind a few popes in this drawing. A pope is a pope, right?) 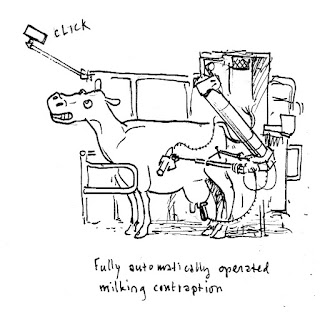 A sketch of the fully automatic milking contraption at the Vaka Mora dairy farm. The cows do all the work themselves. 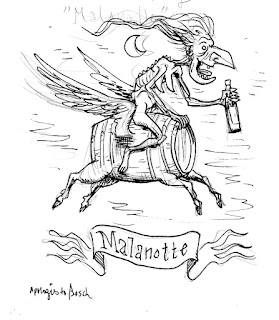 Malanotte. Weird name for a Raboso wine. I'm not making it up. 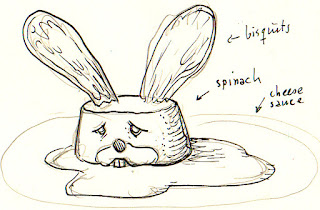 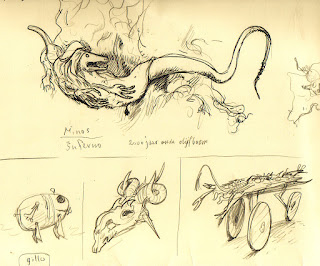 Although many, if not all, parts of the tour were great, my personal highlight was a visit to sculptor Romano Abate, who does wildly grotesque works, inspired by classic mythology. My sketch here was done after a hommage to Dante Alighieri, made from the trunk of a 2,000 year old olive tree. It felt like home to be there.