2008 is my 20th year of doing zines & i feel just about the same way as i did then about doing them. It still gives me the biggest kick to put out little magazines with whatever content i want to. Of course now i'm teaching kids who are the age i was when i started doing zines, & let me tell you, NONE OF THEM ARE AS COOL AS ME STILL. So that's refreshing. I also realized that one of my favorite records at the time was NWAs "Straight Outta Compton" which seemed like a parody record in its absurdity. It's still pretty good though, great beats & lyrics (even though they seem like they were written by the FBI).
Anyhow, in the last few years i've been moving back towards my "1988 Feeling" when sampling was new & there were like 10 cultural convergences going on & masculinity hadn't been totally wiped off the surface of the earth.
New Zine: NOT OUT YET. JUST SHARING. 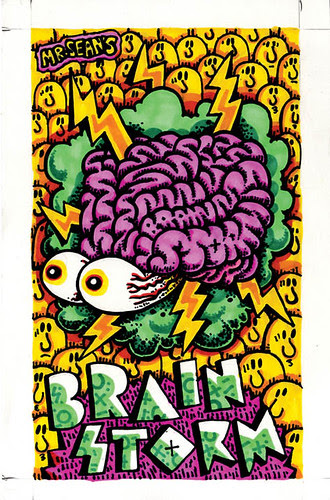 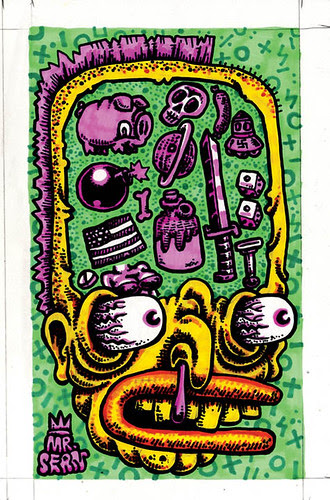 Yeah, NWA was great, back before rap turned into the shitty hip hop that it is now. You ever seen the video for We Want Eazy? It's hilarious, Eazy E does a show from prision. http://www.youtube.com/watch?v=1HAMTNJD8xc

Sometime we all need to pull together and do some kind of zine that features all of our work. You're pretty fluent in doing these things so maybe you could help getting the ball rollin if and when we ever get around to doing something like that?

Yeah Aeron, you're right, we should pull together a zine. I could totally honcho that. I'll figure out some details soon. Now, if only some of the other people who are supposedly part of this blog would participate, i would feel more interest in pulling such a thing together.

My hat is off to your perseverance and zest getting this stuff out, (20 years!!) i wish there were something half this cool down here (so we could compete like wolves,YAY!)

Hey David, you're in Brazil? Somewhere like that? I thought there was lots of cool stuff down there? I think i would do better in Brazil myself, so the competition might just happen.